The Ethiopian position over the Grand Ethiopian Renaissance Dam (GERD) is weak from multiple aspects, ranging from insufficient technical studies, to the absence of successful political management of the file, and the explicit violation of the principles of international law to which Ethiopia had previously committed itself in international agreements.

However, Ethiopia has managed throughout the past decade to appear stronger and more stable than it really is. It wouldn’t have been able to build and market this image of itself, domestically and internationally, without the support of a media discourse to achieve this fundamental goal. It is this discourse that in many critical instances was the sole source of support for the Ethiopian negotiator.

As such, there is an urgent need to deconstruct the Ethiopian media discourse on the GERD, be it in terms of its structure related to those responsible for its production and launch, or in terms of its content and the multiple manifestations of contradiction to the reality on the ground.

Ethiopia utilized multiple media to spread its discourse on the GERD. Several officials appeared associated with the issue, starting with Prime Minister Abiy Ahmed who has been keen to employ the file politically more than his predecessors Hailemariam Desalegn and Meles Zenawi, who was regarded by many as the “spiritual father” of the project. Ahmed spoke about the dam during his inauguration speech at the parliament, and on many other occasions. He sought to employ the GERD project to restore his image as a national leader after doubts hovered over him due to his discriminatory policies, which primarily aimed at consolidating his power, even without referring back to the people in general elections.

In addition to Ahmed, there is Foreign Minister Gedu Andargachew, who had never occupied a diplomatic post prior to rising to the helm of the Foreign Ministry in 2019. Andargachew assumed his position within the framework of the delicate ethnic balances Ahmed uses to consolidate his authority. The prime minister was in favor of empowering the Amhara group through positioning its members in several sovereign posts, such as the army chief of staff for the first time in decades, and the foreign ministry that Andargachew has headed after his resignation as president of the Amhara region.

Andargachew is an exemplary embodiment of extremist Amharic nationalistic trends, whose strict statements on the GERD can only be read in light of his narrow nationalist biases, which are manifested at times by the desire to monopolize the management of the water of the Blue Nile, and at other times in the expansion in the Sudanese territories. These clear expansionist aspirations are meant, in the view of their supporters, to revive the Amharic “empire” once more at the expense of other Ethiopian ethnicities and neighboring countries.

It is not possible to let the statements of Seleshi Bekele, the expert on water resources engineering, pass by unnoticed. Bekele became Ethiopia’s minister of water, irrigation and energy in 2019, during the reign of Desalegn. Abiy Ahmed insisted Bekele remain in his position despite his frequent cabinet reshuffles. Although Bekele has an academic background, his statements carried the largest share of fallacies since they were connected to several technical issues that constitute the key weak points of the Ethiopian negotiator. Bekele’s statements provided solid proof Ethiopia engaged in negotiations in bad faith and without any real desire to settle differences with Egypt and Sudan.

In addition to the official Ethiopian statements, several Ethiopian press platforms launched hostile media campaigns against Egypt, and then Sudan. They deliberately promoted racist “hate speech”, which came mostly in the form of reports that lacked depth and solidness and were full of unjustified hostility toward the Egyptians. The campaigns target driving the Ethiopian and foreign audience to the alleged conviction that the development Egypt achieved throughout its history came at the expense of the deteriorating economic and living conditions in Ethiopia.

The Ethiopian hate speech was not limited to press campaigns, after Ethiopia and its supporters from the Middle Eastern used social media platforms to launch a coordinated attack carefully prepared against the Egyptian position through a number of accounts directed to Arab audience. The attacks aimed at employing the GERD issue to pressure the Egyptian decision-making on other regional fronts that have been witnessing accelerating shifts in recent years.

This comes in addition to the extensive use of social media platforms directed at English-language audiences the world over. Ethiopia employed social media outlets to exert great pressure toward supporting its position to withdraw from the Washington negotiations. Ethiopia launched a coordinated attack on the US administration, particularly against the Treasury Secretary Stephen Mnuchin, and a campaign to depict the dam as an issue of a symbolic significance for the various Ethiopian ethnicities, claiming their hopes are pinned on this project alone to achieve the prosperity they have awaited for decades.

The Ethiopian rhetoric sought to build a minimalist narrative to justify and promote the Renaissance Dam project. The narrative has spread due to its dependence on addressing the emotional, not logical, aspects of its recipients. Ethiopia adopted the rhetoric of “injustice” in addressing the Ethiopian interior, so that the ruling elites of the Ethiopian nationalities, in conflict for decades, would be exempt from any responsibility for faltering development in the country and hindering its returns to the public.

The Ethiopian narrative also addressed the “guilty conscience” of the world, holding foreign countries responsible for the miserable conditions in which millions of Ethiopians live and which could allegedly witness a qualitative change if the international community accepts what the Ethiopian government proposes to grant it full control over all the international rivers that it shares with its immediate and indirect neighbors.

To spread the Ethiopian narrative on the largest scale, Ethiopia armed its rhetoric with a very hostile character toward Egypt by dropping on Egypt’s shoulders a huge amount of fallacies that contradict the facts of the contemporary history of interactions between Egypt, Sudan and Ethiopia, whether in the final stages of colonialism or during the era of independence.

That Ethiopia depends extensively on fallacies makes its discourse contradictory. Its excuses to assert its right to monopolize the water of the Blue Nile blows in its face its claim that the GERD is a development project that will not result in any “serious harm” to Egypt or Sudan.

As far as procedures are concerned, the Ethiopian discourse on the Renaissance Dam is based on shameless, blaring lies, whether when it comes to the size of the project, its returns, necessities or sources of funding. The lies extend to Ethiopia’s announcements regarding the development of its position on negotiations in their various tracks. This logic was most evident in the Ethiopian prime minister’s pledge in Arabic not to harm Egypt’s water interests during his visit to Cairo in June 2018. Ahmed relieved himself soon after of his vow.

Ethiopia’s discourse was not void of its extensive efforts to shuffle the cards and distort the track of negotiations either to stall the talks to gain time and impose a fait accompli, or to achieve future political goals that help the Ethiopian regime partially treat the extremely disturbed political and security conditions.

Until present, the Ethiopian rhetoric is still keen to tamper with the content of the GERD issue by trying to turn it into a confrontation between “Arab” Egypt and “African” upstream countries. This attempt miserably failed following the positions of many upstream countries, such as South Sudan, Eritrea and Kenya. These countries have close relations with Egypt, which were boosted in recent years, leading to the failure of repeated Ethiopian attempts to drive a wedge between Egypt and Nile Basin countries.

Regardless of the way Egyptian media treat the GERD issue and its effectiveness in conveying its multiple messages to its audiences at home and abroad, the reality at present imposes the need to deconstruct the Ethiopian media discourse, being a key tool for Ethiopia to consolidate its policies. This is a mission that should be carried out according to clear determinants.

The most important of these determinants is to suffice by presenting the Ethiopian discourse as is, which brings out its contradiction and falsehood, throughout the past 10 years in general, and in the last two years in particular, without disturbing the recipient by trying to respond to the fallacies and multiple manifestations of inconsistency. Several Egyptian experts exerted enormous efforts to refute Ethiopia’s allegations, believing that tracking the Ethiopian discourse on the Renaissance Dam is sufficient to reveal its fallacy.

It is also vital to adopt a comprehensive approach in monitoring the Ethiopian discourse on the Renaissance Dam, which takes into account the emergence of a pattern for the distribution of roles among Ethiopian officials, one of which adopts extremism to address internal public opinion, while the other adopts moderation to avoid provoking intense Egyptian reactions. In both cases, the crux of the official Ethiopian rhetoric is filled with the same fallacies. It is thus important to monitor and analyze the Ethiopian discourse. Many Ethiopian media and social media accounts are merely “an echo” of their government’s position on the issue of the Renaissance Dam, and they carry the same messages of the official discourse but to a different audience, which is something that must also be covered carefully and analytically as an important part of the Ethiopian discourse.

The third and final determinant relates to the necessity of taking into account the close link between the calm and escalating tones of the Ethiopian discourse on the GERD and the context of these tones within Ethiopia’s domestic policies. Based on facts on the ground, all of Ethiopia’s intense statements regarding the Renaissance Dam, including those that referred to military alternatives, came against the background of severe domestic disturbances, which prompted the Ethiopian government to adopt an “escape forward” approach to distract local public opinion with the GERD and to provide “national” justification to exert more pressure on the opposition, using the pretext the opposition is weakening the government during its “heated” confrontation with Egypt.

Therefore, the Egyptian Center for Strategic Studies will be launching in the coming weeks a series of studies that deconstruct the Ethiopian media’s discourse on the GERD and bring to the fore its fallacy and contradictions. It has become necessary to do so amid the continuous stumbling of negotiations despite the increasing international interference in the issue and especially with the unprecedented escalation and hostility seen in the Ethiopian discourse. 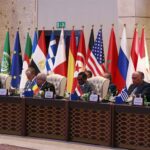 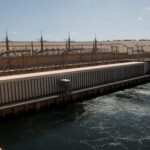 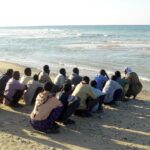