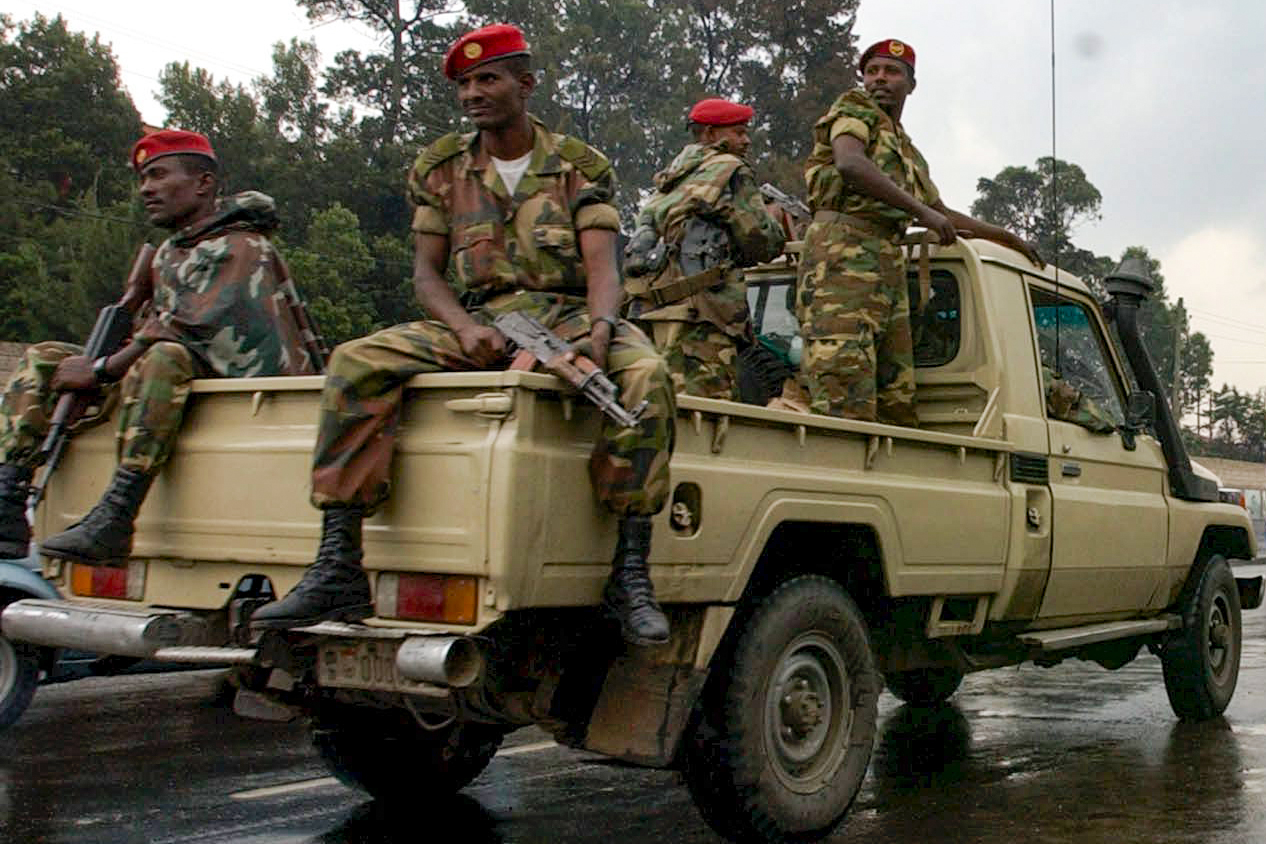 When all eyes were focused on US elections, northern Ethiopia turned into a civil war zone after Prime Minister Abiy Ahmed had announced on 4 November the launch of military operations in the northern region of Tigray. Ahmed’s declaration came in response to what he described as the attack conducted by the Tigray People’s Liberation Front (TPLF) against the Ethiopian Defense Forces’ (EDF) North Command base in Tigray.

Prior to the military confrontation, reports confirmed that the EDF, Amhara Region’s Special Forces, and the Eritrean military forces were being deployed along the Tigrayan borders. This escalation is the latest in a series of growing tensions between the federal government and the TPLF, that had dominated the ruling coalition in Ethiopia from 1991 until Abiy Ahmed came to power in 2018.

First: Reasons for rebellion in Tigray

A host of motives resulted in the TPLF’s rebellion against Ahmed’s government, starting with its loss of power and ending with Ahmed’s policies that pushed it toward involving in armed conflict against the federal government and making veiled threats of secession.

Since Ahmed’s assumption of power, the TPLF has been feeling marginalized and scapegoated for the country’s plights. This led to the withdrawal of its ministers from the federal government in 2019, after the Ethiopian People’s Revolutionary Democratic Front (EPRDF) was dissolved and was the Prosperity Party was formed instead.

The TPLF objected to putting off the general election, under the claim fears of the spread of the coronavirus pandemic were mounting. Consequently, Ahmed remained in office beyond his tenure. In September, Tigray held a referendum to which the government object, branding the move illegal.

The Tigray government described Ahmed’s government as illegitimate since 5 October, and called on him to step down and form a transitional government until the general elections were held.

Depending on its political and operational expertise in the management of state institutions, the TPLF took its regional capital, Mekelle, as a proactive first step to ferociously oppose Abiy Ahmed’s government.

Like the TPLF, there are many other opponents to Ahmed’s policies, such as Oromo opposition leader Bekele Gerba, the political activist and the icon of the Oromo revolution Jawar Mohammed, Merera Gudina, the journalist and founding member of the Ethiopian Democratic Party Eskinder Nega, a number of young leaders of the Oromo Federalist Congress Party, and a number of politicians.

The TPLF has all the capabilities of an established state in northern Ethiopia. It has a long legacy in war, government and administration. In addition, it controls the territories beyond the Amhara region, the borders with Sudan and the borders with Eritrea. Benefiting from the long struggle it has begun since the mid-1970s, it has great potential for mobilization.

The TPLF also has an enormous developed military capacity, which makes it a fierce rival that can withstand a ferocious fight. It has financial resources and a strong foreign relations network, particularly in the process of strong communication with regional and international powers. Moreover, it has more than half of the Ethiopian armed forces and 70 per cent of the missiles and anti-aircraft equipment.

On 31 October, the federal government decided to confront the TPLF and the Ethiopian army issued a strongly worded statement to the Tigray government after the newly appointed deputy commander of the northern region of the Ethiopian army, General Jamal Mohamed, had been detained upon his arrival at Mekelle airport and returned directly to Addis Ababa.

It was clear from the statement that the army wanted to impose its control on the military bases in northern Ethiopia, fearing they might be used against it by the TPLF. This incident was like a dissent inside the northern base, as no one in it objected, in an indication of the strong influence of the TPLF.

The federal government believes that the only solution to Tigray problems is war, military operations and shelling. It also believes there is no room for dialogue and peaceful resolution, especially that the TPLF has dominated the Ethiopian economy over the past three decades.

The war is a great opportunity for Ahmed’s Prosperity Party to implement its national unity vision. This is why the party has promoted war as part of its plans to undermine the federal system which provides and guarantees self-governance for all Ethiopian ethnicities. This is the matter in which the federal government and its allies from the Amhara have failed over two years of continuous work.

At the same time, Prime Minister Ahmed demanded that Ethiopians working abroad contribute to the financing of the war by transferring their money through national banks rather than through private money-transfer companies, accusing the TPLF of exploiting Ethiopian remittances from abroad through private companies and smuggling funds out of the country.

In an attempt by Ahmed to gain the Ethiopian people’ confidence and to confirm his indictment of Tigray’s attack on the military base, his government detained many TPLF members, closed the office of the Tigray Dimitsi Weyane TV channel, and prevented anyone belonging to Tigray from leaving the region through airports and borders. These actions represented collective punitive measures taken by the Ethiopian government against all Tigrayans.

Third: The repercussions of war

The current war between the prime minister and some Amhara nationalists, on one side, and the TPLF, on the other, reflects the struggle for power between the federal government and the Tigray, that had led the ruling coalition years ago in Ethiopia.

The cost of war will be high, as it shall affect the overall economy of the country, especially given the expected second wave of the coronavirus pandemic. The war will also affect the future of all Ethiopian ethnic groups following the rise of territorial-boundary conflicts. This may lead other Ethiopian provinces to form independent states, benefiting from the current state of chaos. Recently, secession has been proposed by a number of politicians.

According to a report published by The Economist, the current conflict between the Ethiopian government and the TPLF is a real disaster that threatens the survival of Ethiopia. Tigray is the only region that has the main base of the most powerful units of the Ethiopian army in the northern region. Its soldiers represent 50 percent of the Ethiopian army, and it includes military equipment and huge military vehicles. A large number of the military who were dismissed from all security and military services by Abiy Ahmed returned to Tigray and trained a new generation to defend the region.

The TPLF is the best-armed and most powerful among all opposition powers in Ethiopia. Its strength lies in the veterans who participated in many wars such as the war against the Mengistu regime and the battles between Ethiopia and Eritrea in Badme between 1998 and 2000.

Apart from the military and economic aftermath of war, the political repercussions started to appear early. On 8 November, Ahmed made major changes in the top leadership of the country, including the foreign ministry, the chief of staff, the national security service, and the federal police.

It is noteworthy that most of the cabinet reshuffles came in favor of the Amhara, confirming the continuation of the strong alliance between Ahmed and the Amhara. These reshuffles could have other purposes related to Ahmed’s quest to contain any potential threat of the Amhara leadership, especially in light of the risks of the highly-complicated political and security situation.

Tiruneh is a key figure who has been in high-profile positions in the recent changes. Previously, he worked with Ahmed in the Information Security Agency, and has been close to and well informed of the precise details of the TPLF’s influence at the time it had been in control of the country’s governance.

Fourth: The future of the crisis

In conclusion, the current war being waged by the Ethiopian government in the Tigray region seems to complicate the situation further in Ethiopia and will not lead to a decisive victory for any party due to several factors. The military operation in Tigray makes all Tigrayans feel that the war being waged by the Ethiopian government is a war against them all. This feeling motivates solidarity and cohesion among Tigrayan troops in the battlefield.

Furthermore, the war heightened hate speeches and ethnic conflicts in the country, with some ethnicities using the war to launch large-scale hate speeches on Ethiopian social media platforms. The recent war also makes the majority of Ethiopians lose confidence in state institutions and fuels separatist conflicts that could strike other Ethiopian regions. 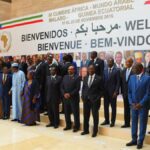 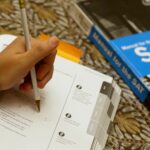 Successive Increases: The Impact of the Russia-Ukraine War on Rebar Prices in Egypt 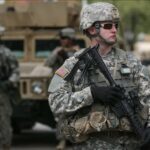