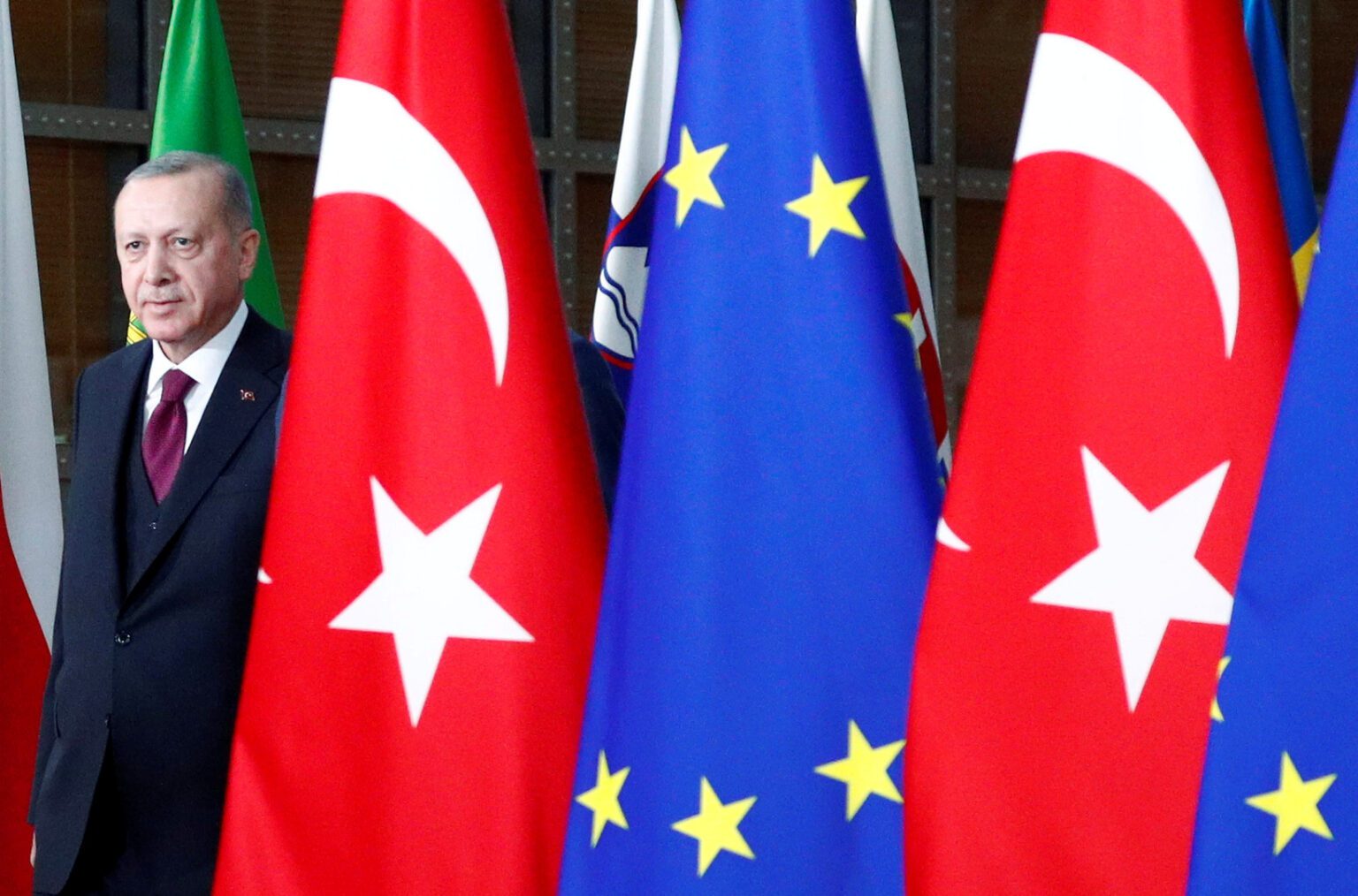 There have been a number of shifts in 2020. Zooming in on Turkey’s foreign moves and the internal policies of the Justice and Development Party (AKP) and Turkish President Recep Tayyip Erdogan, 2020 saw a load of failures on Turkey’s domestic front and increasing militarization in its foreign policy.

In an attempt to understand how its moves have affected regional and international interactions, here are the most significant features of Turkey’s positions:

2020 was a tumultuous year for Turkey’s foreign policy, in which all of Turkey’s actions abroad can be described as a show of strength and militarization.

This pattern can be explained in two perspectives: The first concerns the style of leadership, the ambitions, and the direction of the Turkish president to restore and revive the Ottoman legacy, owing to the idea of a greater Turkey whose borders transcend the present boundaries. In the second perspective, foreign action is employed to transcend domestic failures and mobilize public opinion by adopting a pattern of distractions, so that the attention of the general public is distracted away from domestic challenges.

Turkey’s foreign policy can be evaluated in 2020 through a number of features, which can be seen as follows:

First, a severe immersion in Libya: In 2020, Turkey operated militarily in Libya. On 2 January, the Turkish parliament formally approved direct military intervention in Libya. In November 2019, the Turkish president and the Libyan prime minister of the Government of National Accord (GNA) signed a maritime deal.

Turkey has since bolstered its influence in Libya. It has also sought to thwart all efforts for compromise by providing military support to armed militias in western Libya, as well as transferring more than 17,000 Syrian mercenaries to the Libyan battlefield.

In addition, Turkey has continued to violate a ban on the supply and transfer of arms to Libya, the latest of which was in December 2020 when the Libyan army intercepted a Turkish vessel loaded with military equipment that was on its way to the port of Misrata.

Furthermore, Turkey tried to legitimize its presence in Libya by signing a number of agreements and attempting to impose a fait accompli through military rationalization and massive deployment through Al-Watiya airbase and the port of Misrata.

However, Turkey’s attempts to change the balance of military forces and advance towards Sirte hit a dead end with the red line Cairo drew in June 2020, which stopped Turkey’s expansion towards the Sirte-Jufra line.

Second, violating the safety of the regional neighborhood: Northern Iraq was the scene of Turkish military strikes. In June 2020, Turkey launched an expanded military operation against the Kurdistan Workers’ Party (PKK), the most vicious of such attacks in more than five years, using F-16 aircraft, drones and rocket launchers, in addition to the ground incursion, which reached in some areas 40 kilometers into Iraqi lands.

Turkey regarded the threats of Kurdish elements as a pretext to expand and consolidate its presence in northern Iraq, as is the case in northern Syria. In July 2020, the Turkish presidency published a map highlighting the Turkish military deployment in 37 different points within the borders of Kurdistan region, northeast of Iraq.

Meanwhile, despite the relative calm in northern Syria following the declaration of a ceasefire agreement between Turkey and Russia in March 2020, in December 2020, the pace of Turkish military escalation rose in an unprecedented manner in Ein Issa.

Such escalation bore a number of symbols, including Turkey’s desire to control the M4 international road, and thus control the north and east of Syria. In addition, Ein Issa is of a tremendous importance to the Syrian Democratic Forces, being their stronghold. Therefore, Turkey exerts magnanimous to tighten its grip on the Kurds.

Turkey is also working to employ the military to expand its influence before the new US administration assumes office. The Biden administration may adopt a firmer approach toward Turkish military operations against the Kurds.

Third, further expansion in South Caucasus: Ankara used the 44-day Nagorno-Karabakh war to expand in a new arena. Later, on 10 November 2020, the ceasefire agreement was signed.

Since the outbreak of the war between Armenia and Azerbaijan on 27 September 2020, Turkey has provided military and diplomatic support to Azerbaijan. Turkey supported Azerbaijan unequivocally for a number of reasons, such as Turkey’s historical enmity toward Armenia, Turkish nationalism that drives it to move toward Azerbaijan under the slogan “two countries and one nation”, and its quest for energy, with Azerbaijan providing 23.5 percent of Turkey’s natural-gas needs.

To those ends, Turkey engaged militarily in the conflict by supplying Azerbaijan with arms and drones, and transferring Syrian mercenaries to the battlefield. Turkey’s military support tipped the balance of power, with Azerbaijan managing to regain about 80 percent of the total area lost during the armistice in 1994. Seven regions returned to the sovereignty of Azerbaijan that were under the influence and control of Armenia.

Turkey’s military support of Azerbaijan achieved a number of gains for the former. First, to create a wider area of Turkish influence and to deliver a message to the Cooperation Council of Turkic-Speaking States that Ankara is a trusted ally, and that it would not hesitate to provide full support to these countries. Second, to ensure a military presence in the southern Caucasus by deploying forces to monitor the ceasefire process jointly with the Russian side. Thirdly, to enter the Asia-Minor region through the establishment of a land corridor between Azerbaijan and Nakhichevan, which would allow Turkey to strengthen its economic, commercial, and military influence in the region.

This corridor linked Azerbaijan and Turkey and allowed for the establishment of a direct route to Central Asia and thus achieving the major Turkish goal represented in unifying Turkish nationalism.  The presence of the Turkish president in the victory celebrations held by Azerbaijan on 10 December indicates the size of the gains and returns achieved by Turkey from its direct involvement in this conflict.

Fourth, the heavy use of warships: In 2020, Turkey adopted an approach based on the military and warships at the expense of dialog, by reigniting a long-running rivalry in the Eastern Mediterranean through its gas exploration in the territorial waters of Cyprus and Greece.

Turkey’s confrontational policies in the Eastern Mediterranean were evident. For example, Turkey staged new military exercises in the region and rejected Maritime Border Demarcation Agreements between Italy and Greece in June 2020 and between Egypt and Greece in August 2020.

In addition, Turkey has continued harassing vessels. In June 2020, Turkey harassed a French vessel taking part in a NATO mission in the Mediterranean, then harassed another Greek vessel in August 2020, which almost turned into a war between the two countries if it were not for Germany’s intervention.

2020 confirmed the Turkish desire not to abandon the “Blue Homeland” project. In June 2020, Turkey’s foreign ministry published a map showing Turkey’s new rights and targeted areas for gas drilling in the Eastern Mediterranean.

Turkey has also adopted a pattern of tactics and evasions, that is by announcing the withdrawal and return of drilling vessels, which has been repeated on more than one occasion, especially before the EU summit in October and December aimed at imposing sanctions on Turkey.

Fifth, widening the gap with the allies: Turkey’s military moves not only reflected on its neighbors, but also extended their influence to its allies.

In 2020, Turkey continued widening the gap with its NATO allies and the EU. Turkey’s purchase of Russia’s S-400 missile system triggered Trump’s sanctions on 11 December, as it violated the Countering America’s Adversaries Through Sanctions Act, or CAATSA. Prior to this, the US had kicked Turkey out of its F-35 stealth fighter development and training program over the S-400 purchase.

The sanctions are expected to affect Turkey’s military and defense industries, lead to a decline in these industries, and thus delay Turkey’s accomplishing its larger goal of achieving independence and non-import of arms by 2023, as Erdogan had earlier announced. These sanctions could also affect Turkey’s dire economic situation, especially with the increase in Turkish weapon sales in recent years, which achieved revenues that reached about $3 billion in 2019.

On the other hand, Turkish-European disagreements over a number of files, including drilling in the Eastern Mediterranean, military intervention in Libya, Nagorno-Karabakh, and the refugees’ issue, caused tension in relations between the two sides.

Sixth, identification with the Qatari ally: Doha was the focus of Turkish foreign policy in 2020, as the Turkish president visited Doha twice during the year. Erdogan’s first foreign visit after the COVID-19 lockdown was to Qatar in July 2020, and the second was in October of the same year.

On the occasion of the sixth Qatar-Turkey Supreme Strategic Committee in November 2020, about 10 agreements were concluded, bringing the total number of agreements signed between the two countries to about 62 agreements.

The rapprochement between Ankara and Doha can be explained in the context of Turkey’s efforts to suggest the existence of a regional alliance that it leads in light of the isolation imposed on it. The same goes for Qatar, which suffers under the Arab boycott. On the other hand, Qatari money is important for Turkey’s need to revive its declining economy and to finance Erdogan’s military ventures abroad.

Seventh, duality toward Israel: Following the signing of the peace agreement between Israel and the United Arab Emirates, Turkey tried to fuel tensions by promoting itself as the first defender and protector of Palestinian rights, describing the agreement as treason. The Turkish president declared that his country is considering suspending diplomatic relations and closing its embassy in Abu Dhabi.

However, subsequent developments revealed the extent of Turkish duplicity. Following Joe Biden’s victory, Ankara made several overtures toward rapprochement with Israel. This was reflected in a number of statements made by the Turkish president’s foreign relations adviser on Turkey’s readiness to converge openly with Israel. In December 2020, Ankara appointed an ambassador to Israel, after it had called its ambassador in May 2018 over US President Donald Trump’s decision to move the US embassy from Tel Aviv to Jerusalem.

These positions are part of Turkey’s quest to neutralize and avoid the potential reaction and firm policy that Biden might adopt toward Turkey. They also refer to the expediency and pragmatism with which Turkey deals with a number of issues.

In short, in 2020, Turkey’s foreign policy and interactions with the world were shaped by creating crises and fueling tensions with its neighbors and allies, employing military tools and solutions in a number of arenas, ending the year as a state that poses a threat to regional security.

It is not expected Turkey will change its approach radically, especially as its external moves are being seen in light of its attempt to revive and restore the new Ottoman Empire, by expanding in a number of arenas with the aim of acquiring more bargaining cards, and thus playing a role in the majority of regional and international issues. 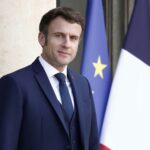 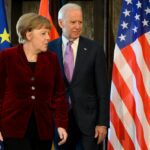 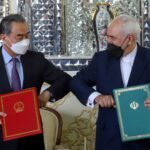 Should We Fear the Sino-Iranian Pact? 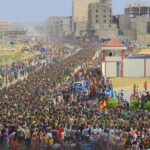