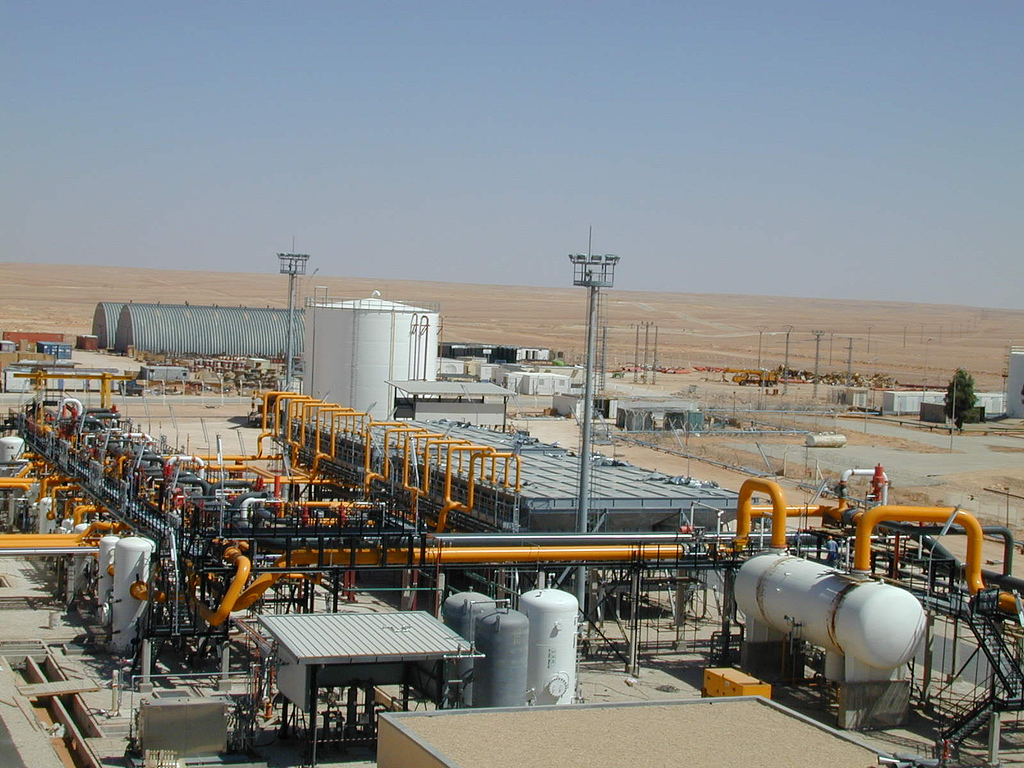 The Egyptian Minister of Petroleum and Mineral Resources visited Palestine and Israel on 21 February to bolster the objectives of the East Mediterranean Gas Forum. During the visit, the Egyptian and Israeli governments approved an agreement between Egyptian and Israeli companies to extend a new marine gas pipeline to connect the Israeli fields, Tamar and Leviathan, with the East Mediterranean gas line, which was established with the purpose of transporting Egyptian gas to Israel. This line is different than East-med, which was planned to connect Israel, Cyprus, Greece and Europe during former president Hosni Mubarak’s rule.

Similarly, the Egyptian and Palestinian parties signed a memorandum of understanding between the partner parties in the Gaza field to develop it with Egyptian expertise, while benefiting from Egypt’s experience. This step comes within the framework of strengthening Egypt’s position as a regional hub for energy circulation. This article is meant to provide insight into the Egyptian visit, its timing, and its connection to Israel’s efforts to increase its ability to export gas, while serving the Egyptian goals.

Israel discovered the Tamar gas field during the first decade of the century with a total of 280 billion cubic meters (m3) of gas reserves. This was followed by the discovery of the Leviathan field in 2010 with a total of 620 billion m3 of reserves, then Cyprus joined it with the Aphrodite field in 2011, with 200 m3 of reserves. In the beginning, both countries depended on exporting to the Egyptian market, which had been suffering from a decrease in the domestic production of gas since 2014, creating plans to exploit these huge reserves. However, Egypt discovered the Zohr gas field in 2014 with 850 m3 of reserves, so the country became able to achieve self-sufficiency in the foreseeable future, which already happened by September 2018. At the same time, the Israeli gas was employed for local use and exported to Jordan, as shown in the following table:

As indicated above, the Israeli domestic consumption doesn’t exceed one percent of the reserves, while the total quantities agreed to be exported to Jordan are about 5.3 percent of the total reserve; meaning that larger quantities must be exported in order to be able to adequately benefit from the massive reserves. All this requires the existence of a huge market that can accommodate both the Israeli and Cypriot supplies. Similarly, an export platform is needed, whether its pipes connect to the market or liquefaction stations to send it via the sea, which is what both countries worked on since they signed a memorandum of understanding with Greece, the European Union and the United States, with the purpose of establishing a pipeline linking them to Europe. Its construction was scheduled to be completed in 2025, with the possibility of the quantity transported reaching 15 billion m3.

As a result, Israel and Cyprus had no other option in the foreseeable future except to exploit the Egyptian liquefaction terminals for export to Europe, and in light of the political problems of connecting Turkey via Cyprus using a marine gas line, the countries were prompted to sign two re-export agreements, after the liquefaction of the two Egyptian facilities. This constituted an incentive for the tripartite, Jordan, Greece and Italy, to form an international organization with the purpose of facilitating the circulation of gas, which resulted in the signing of the Charter of the East Mediterranean Gas Forum Organization, on 23 September 2020, to enhance cooperation between the exporting countries and the countries on the route to Europe. The previous steps all served the Egyptian efforts to transform itself into a regional hub for the export of gas to Europe. Achieving this became dependent on three determinants; agreements to export gas from the producers in the basin; pipelines to transport gas to the liquefaction facilities; and the carrying capacity of the liquefaction facilities themselves, which are reviewed in detail as follows:

On 19 February 2018, the Israeli Delek Drilling and its American partner Noble Energy signed two binding agreements with the Dolphinus Holding company, agreeing that the latter would import gas then supply it to the Egyptian liquefaction facilities with the purpose of liquidating it and re-exporting it to Europe. Moreover, the agreed upon quantity to export reached 64 m3 from the Tamar and Leviathan fields over 10 years, in an agreement worth $15 billion, binding from 2020 to 2030.

On 3 October 2019, the three involved companies agreed to amend the previous agreement, with the aim of increasing the quantities exported to Egypt by 34 percent to reach 85.3 m3 in 2035. This way, the agreement’s worth increased from $15 billion to $19.5 billion, and increasing exports from the Leviathan field to 60 m3, and decreasing the quantities from the Tamar field from 32 m3 to 25.3 m3. On 15 January 2020, the first imported shipment arrived to Israel with the quantities reaching 1.5-3 billion m3 annually during 2020, then rising in 2021 to 4-5 billion m3, then reaching about 7 billion  m3in 2022.

It consists of one liquefaction unit and its production capacity is about 5.55 m3 per year. The facility began production in 2004, yet stopped working for eight years due to a legal dispute between the partners, the most important of which are the Spanish Nature Fenosa and the Egyptian government. After the latter filed arbitration cases, the Egyptian ability was expected to be reduced by 35 percent. From here, the Israeli gas companies started searching for alternatives to the suspended factory, the most important of which was building a floating liquefaction facility between the two Israeli fields, which would contribute to increasing the exports.

At the same time, the aforementioned cases ended with a ruling to fine the Egyptian government $2 billion, to compensate for the Egyptian authority’s halt in supplying the facility with gas in 2012, following the decline in domestic gas products. Nevertheless, Egypt didn’t pay that sum, instead engaging in talks with the company to settle the dispute with the mediation of Italy’s Eni, whose success was already announced on 2 December 2020. The agreement stipulated the exit of Naturgy, while distributing its shares among Eni, EGAS and the General Petroleum Corporation. The ownership structure was as follows: 50 percent for Eni, 40 percent for EGAS and 10 percent for the General Petroleum Corporation. Resultantly, the facility returned to work by loading two shipments, on 21 February 2020, of LNS from Damietta Port, one of them with a volume of 0.06 million m3. As a result, the Egyptian capabilities increased to 13.32 million m3 per year, at the present time and is ready to receive more Israeli and Cypriot gas. It remains in the hand of Egypt and Israel to raise the efficiency of the gas pipelines that connect the Israeli-Cypriot fields with the Egyptian facilities.

Egypt is mainly linked to Israel via the Eastern Mediterranean Gas Pipeline, used to carry Egyptian gas to the Israeli Electricity Company which was considered insufficient to accommodate the huge quantities of gas agreed to be transported to Egypt for liquefaction. So it was first developed, before the agreement to establish a gas pipeline during the Minister of Petroleum’s recent visit to Israel.