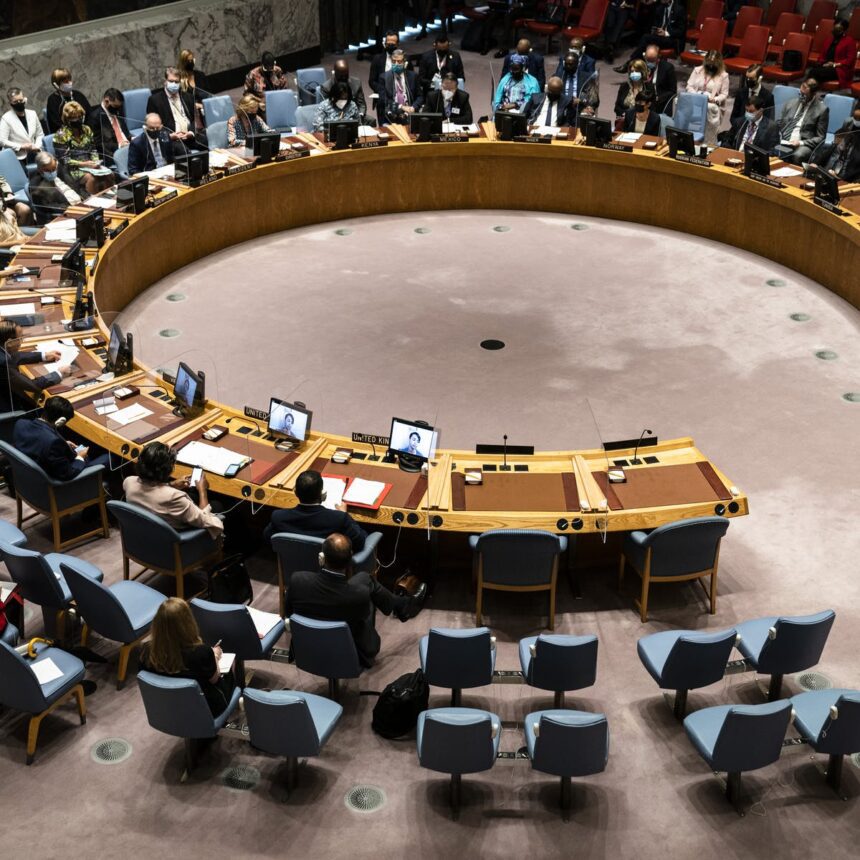 The domestic conflict is leaving Ethiopia in crisis with the Tigray People’s Liberation Front (TPLF) approaching Addis Ababa, amid the proliferation of violence and hostilities. There has been a growing international and regional demand for a ceasefire and an end to hostilities to reach a peaceful resolution to the conflict and facilitate the delivery of humanitarian and relief aid to Tigray, Amhara, and Afar regions, thus avoiding the current obstruction and looting of aid.

As the conflict continues to escalate, key actors and mediators are experiencing challenges to bring the warring parties to the negotiating table. These challenges are further aggravated by the deteriorating humanitarian situation highlighted in the joint report of the United Nations High Commissioner for Human Rights (OHCHR) and the third report of the Ethiopian Human Rights Commission (EHRC) on the situation in Ethiopia issued on 3 November 2021.

The United States has warned pilots that planes operating at Addis Ababa Bole International Airport in Ethiopia, the busiest airport in Africa, could be directly or indirectly exposed to arms fires or ground-to-air missiles as fighting spills over into Addis Ababa. In response to this, the Ethiopian Federal Aviation Administration denied any turbulence at the airport or any threat to civil aviation.

In another vein, several countries called on their nationals to leave Ethiopia without delay. For example, the United States warned its citizens to leave Ethiopia and not to expect an Afghanistan-style evacuation as the security situation deteriorates, offering repatriation loans for those who do not have enough funds to leave and setting up a task force for evacuation of US diplomats and citizens from Addis Ababa. Beyond this, the United States assigned the US special operations forces in Djibouti, comprising Army rangers from the 1/75 Battalion, to assist the US Embassy in Addis Ababa when necessary. Additionally, three amphibious warfare ships, i.e. USS Essex, USS Portland, and USS Pearl Harbour, currently positioned in the Middle East could be used to support evacuation operations if necessary as alternatives if US civilians fail to leave via commercial flights.

Libya, too, worked to evacuate Libyan nationals, downsized embassy staff in Addis Ababa to a minimum, and provided a private plane to evacuate the remainder of the embassy staff in case of emergency taking all the precautionary measures to secure the safe return of citizens. Likewise, on 5 November 2021, the Finnish Ministry of Foreign Affairs urged its citizens to leave Ethiopia immediately, with about only 30 Finns apprising the ministry of their plans to leave the country within the next few days.

Similarly, several countries took the same approach. For instance, Israel warned against traveling to Ethiopia; France, in an email sent to its citizens in Ethiopia, urged the French citizens to leave Ethiopia as soon as possible; Ukraine called on its citizens to avoid visiting northern and western Ethiopia and to restrict movement between Ethiopian settlements; the South Korean Ministry of Foreign Affairs raised the alert level for travel to Ethiopia to Level 3; and Saudi Arabia, Kuwait, Britain, and Germany called on their nationals to leave Ethiopia immediately. As for the United Nations, it has ordered the immediate evacuation of family members of international staff through the UN’s security services coordinating and organizing the evacuations, no later than 25 November 2021.

This recent international sentiment represents a continuation of an approach adopted quite some time ago reflecting the growing discontent over the persistence of conflict in Ethiopia. The beginning was with the United States imposing token sanctions on Addis Ababa by suspending the funding it had promised Abiy Ahmed, as the Ethiopian regime continued to inflict violence on the Tigray region. As such, on 17 September 2021, the Biden administration unveiled a new sanction regime by virtue of which a wide range of sanctions came to be imposed on warring parties in Ethiopia. Further, the United States introduced a restriction policy on visa issuance for Ethiopians.

Concomitantly, the Biden administration revoked trade preferences for Ethiopia and announced, on 2 November 2021 in a letter to the Congress, that Ethiopia will be removed from the list of beneficiaries of the African Growth and Opportunity Act (AGOA) as of 2022. This decision was revealed two weeks after Biden signed an executive order paving the way for imposing sanctions on Ethiopia, including asset forfeiture and suspending financial transactions of parties to the conflict, much less travel bans, asset-freezes on ministers, military commanders, and regional authorities, restrictions on aid, and an embargo on arms sales to Eritrea and Ethiopia.

France, on the other hand, has suspended its military cooperation with Ethiopia since July 2021. Also, the European Union (EU) issued a statement expressing its concern over the situation in Ethiopia, underscoring it remains ready to use all of its foreign policy tools, including restrictive measures under the EU human rights laws, to promote peace, adherence to international humanitarian and human rights law, ensure continued humanitarian and relief operations, and help end the conflict.

In the same vein, on 7 October 2021, the European Parliament adopted a resolution on Ethiopia calling for an immediate cessation of hostilities by all parties and broad sanctions, including an arms embargo on all the warring parties in Ethiopia. On a different note, the European Parliament called on member states to halt arms exports and technology of monitoring and warning systems to Ethiopia, on the grounds that they are being used in attacks on civilians resulting in human rights abuses.

The EU has also suspended budget support to Ethiopia worth €88 million ($107 million) until humanitarian agencies are granted access to people in need of aid in northern Tigray, in an effort to address the EU concerns over the immediate and unconditional humanitarian access to all areas of Tigray.

In a relevant context, the UN Security Council expressed its concern about the situation in Ethiopia, stressing the need for a ceasefire, an inclusive national dialogue, and refrainment from inflammatory hate speech. Despite this declaration, there has been little consensus among member states of the Security Council on holding the Ethiopian government responsible for the ongoing conflict in the country. Nevertheless, the mounting international concern over the conflict in Tigray was underlined in the informal talks of the Security Council on 24 November 2021. This informal meeting was convened amid controversy between European and African members over whether or not a closed-door meeting should take place.

As killings, genocidal crimes, extrajudicial executions, torture, sexual violence, and attacks on refugees continue to rise and amidst politicization of relief aid and the use of starvation as a weapon in the Tigray war, the United States, the African Union (AU), Kenya, and Uganda have engaged in mediation talks between parties to the conflict towards ending the conflict, let alone responses of Turkey, Russia, and China directed towards resolving the conflict. Below we discuss these international mediation efforts.

US Mediation Effort: Early November, the US Special envoy for the Horn of Africa Jeffrey Feltman arrived in Ethiopia to get the parties to engage in talks and constructive dialogue to stop hostilities. On 18 November, the Deputy Prime Minister of Ethiopia, Demeke Mekonnen, met with Jeffrey Feltman to discuss the situation in Tigray. Following months of Feltman’s engagement in intensive talks with Kenya to bring about diplomatic solutions to the crisis, the US Secretary of State Anthony Blinken embarked on a visit to Kenya towards reaching a resolution to the conflict.

African Union Mediation: On 7 November, the African Union High Representative for the Horn of Africa and former Nigerian President Olusegun Obasanjo met with Chairperson of the TPLF Debretsion Gebremichael in Tigray’s capital, Mekelle, in an effort to find a peaceful solution to the conflict. Following this meeting, TPLF’s leadership declared that the talks were fruitful marking a new development that could bring balance to the Tigray War. On 8 November, in a meeting of the AU Peace and Security Committee on the situation in Ethiopia, Obasanjo underlined the significance of efforts seeking ending hostilities and reaching a peaceful resolution to the conflict, pledging to provide unswerving support to mediation efforts. In effect, if the AU mediation efforts are supported by regional and international actors, they are likely to break the deadlock bringing Ethiopia back to the peace and reconciliation path.

Regional Mediation: Given its strategic location that could serve interests of the region and the world and being a non-permanent member in the UN Security Council, Kenya could play a significant role in pacifying Ethiopia. Nairobi, which is currently a member of the AU Peace and Security Council, is well-placed to provide a neutral platform for negotiation and restoration of peace and stability in Ethiopia.  In many respects, the war and instability in Ethiopia directly threatens Kenya’s national security given the influx of refugees and asylum seekers across the borders into Kenya. Towards addressing that, Kenya has strengthened the security measures and put borders and vital installations on alert in response to the deteriorating security situation in Ethiopia.

In that connection, on 14 November   2021, just before the visit of the US Secretary of State Anthony Blinken to Kenya, Kenyan President Uhuru Kenyatta met with Ethiopian Prime Minister Abiy Ahmed and Ethiopian President Sahle-Work Zewde to discuss the security situation and try to reach a peaceful solution by bringing the conflicting parties to the negotiation table. Moreover, Ugandan President Yoweri Museveni called for an emergency meeting of East African leaders within the Intergovernmental Authority on Development (IGAD) on 26 November in Kampala to discuss the evolving situation in Ethiopia.

Russia’s Response: On 21 October, Russian Foreign Ministry spokeswoman Maria Zakharova stated in a press conference that Russia calls on all parties in Ethiopia for a ceasefire, noting that Russia is closely following the situation in Ethiopia. This statement marked a dramatic shift in Russia’s position, a country that has always called on China and the international community to leave Ethiopia’s internal affairs to be resolved through the efforts of internal actors. Zakharova also affirmed Russia’s support for efforts of the African Union High Representative for the Horn of Africa.

In conclusion, the diplomatic efforts, and international and regional endeavors to end the Ethiopian conflict haven’t contributed to toning down the crisis in Ethiopia. Now, as the conflict enters its second year, it is encountering a new phase of stalemate, which necessitates stepping up calls for a ceasefire to contain the catastrophic repercussions of the conflict on East Africa and the world. 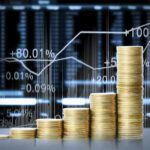 Effective Policies: Managing Inflation in Egypt in 2021
Next Article 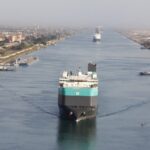 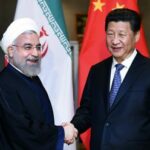 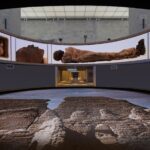 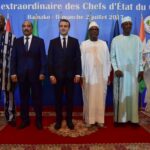 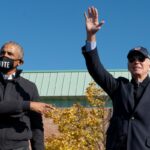