Subsidy is a thorny subject that is difficult to handle in many countries. In essence, subsidies are a tool for achieving the state’s social goals (e.g. fair distribution of income and alleviating poverty). They play a role in ensuring internal political stability, and have a direct economic impact on the state’s public budget deficit. Egypt’s subsidy system has undergone several changes aimed at raising the efficiency and effectiveness of subsidy policies.

Since 2014, subsidy has been a priority issue for the Egyptian government, and towards that end, it drew up a subsidy-restructuring scheme towards ensuring subsidies are claimed by the intended beneficiaries and relieving the burden on the state’s budget.

Structure and Objectives of Social Spending

Provision of subsidies is aimed at achieving several economic and social goals, including reducing income disparity, protecting low-income citizens, and ensuring their access to basic goods and services, while taking into consideration budget deficit rates. Notwithstanding the significance of these objectives, maintaining subsidy policies for long decades overlooked several aspects, including the increasing consumption of subsidized goods with time by beneficiary citizens without considering the possible changes in living standards which burdened the general budget with large expenditure, resulting in higher budget deficit rates. This necessitated looking into the possibility of reducing or eliminating subsidies without prejudice to the rights of those eligible for subsidies from the poorer strata.

A look at the economic indicators relating to subsidies in Egypt before 2014 reveals a relatively high ratio of subsidies to GDP, recording 11.4 percent in 2012-2013, with the state’s general budget deficit simultaneously hitting 13.7 percent and the proportion of citizens living below the national poverty line exceeding 26 percent. As such, a review of subsidy policies was necessary to increase the effectiveness of the subsidy system in Egypt. Measures introduced to support subsidy system reforms included the following:

Egypt’s economic reform program implemented since 2014 has entailed redistribution of subsidy allocations, through reducing in-kind subsidies and widening the base of social benefits. As is shown in Figure 1, commodity subsidy allocations in the 2021-2021 draft budget decreased to 34 percent, down from 70 percent in the 2004-2005 budget. In return, the proportion of social services’ subsidies and grants rose to 57 percent in the 2021-2022 budget, up from just 25 percent in 2014-2015. Notably, subsidies for development purposes and economic services’ subsidies increased during the same period, with the latter experiencing considerable increase during the pandemic year.

Figure 1: Share of individual types of subsidies in total subsidies

A look at the distribution of commodity subsidies’ allocations would reveal a decrease in petroleum, electricity, and water subsidies and an increase in food, medicine, and baby formula subsidies as is indicated in figure 2.

Basic commodities subsidies comprise flour, bread, and ration cards’ commodities subsidies. Petroleum products’ subsidy covers butane gas and diesel for bakeries. When it comes to medicine and baby formula subsidies, the state covers the difference in the cost of importing insulin, baby formula, and potassium iodate and selling them at prices lower than their economic cost. Notably, allocations for medicine and baby formula subsidies rose by 42.9 percent in the draft budget of 2021-2022 relative to the previous year.

3- Directing Ration Cards to Those who Deserve Them

As part of the reforms of the subsidy system and to ensure subsidies are provided to the needy, several subsidy eligibility criteria have been developed to identify those eligible and non-eligible for subsidies (full and partial subsidy). Eligibility criteria included income level, electricity consumption rate, volume of taxation, and number of owned cars, among others. The monthly food subsidies per capita amounted to EGP 50 for up to 4 individuals registered on the ration card whereas each additional member is entitled to receive EGP 25 worth subsidy a month. Beneficiaries of subsidized food commodities are estimated at 63.6 million people in the draft budget 2021-2022, relative to 63.2 and 66.7 million people in the 2019-2020 and 2014-2015 budgets respectively.

A smart-card system has been developed for distribution of subsidized bread. An individual is entitled to a daily ration of five loaves of bread at a price of EGP 0.05 a loaf to be distributed through the card. A bread subsidy points system was introduced allowing those who don’t use their daily bread entitlements to get subsidized goods in return for rationalizing the consumption of subsidized bread, at a price of EGP 0.10 a loaf. According to the 2021-2022 budget draft, 71 million citizens will benefit from the bread subsidy whereas 4.3 million people will benefit from flour subsidy.

5. Diversity of Subsidized Commodities and Increase of Relevant Allocations

Reforming the subsidy system involved a gradual increase of subsidy ration per capita from EGP 14 in 2014 to EGP 50 in June 2017, allowing citizens greater freedom to replace the bread points with any food and non-food goods from ration outlets, instead of restricting citizens to purchasing specific goods; hence, giving individuals different options appropriate to them. However, to ensure subsidies serve their purpose, individuals will only be allowed to exchange bread points for food commodities rather than getting cash. These changes are supposed to help overcome any subsidy manipulation and ensure subsidy beneficiaries are eligible for it. This system gives citizens greater freedom, making ration cards more like “VISA” cards where the value of the subsidy is credited to cards and users can use it as desired.

In addition to the previous structural and organizational enhancements, reforms of the subsidy system included facilitating issuance of ration cards and interaction between citizens and supply offices towards ensuring all requirements are met, ration card applications are processed swiftly and ration cards are delivered quickly, while allowing citizens to get their rations from any ration outlet, without being restricted to specific outlets.

Overall, the government is shifting from focus on in-kind subsidy to cash subsidy by strengthening social safety nets towards directing subsidy to eligible groups, pulling them out of poverty and empowering them economically, which would streamline public expenditure. On the other hand, cash subsidy will have multiplier effects as it would drive the marginal propensity to consume which, in return, would promote income-generation due to the monetary multiplier effect.

With the state’s move towards reforming the subsidy system by slashing commodity subsidies, there arises the importance of achieving economic efficiency of the resources used in the production of goods and services. Along the reform path, the government benefited from modern technology and digital transformation to promote accountability, monitor the provision of subsidies, reduce the diversion of subsidized flour, and prevent manipulation of bread prices and weight. Despite all of that, it should be noted that overpopulation will generally reduce the positive impact of subsidies on the social aspects and citizens’ living standards. 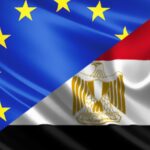 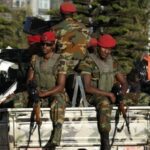 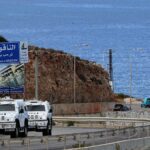 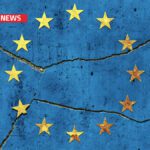