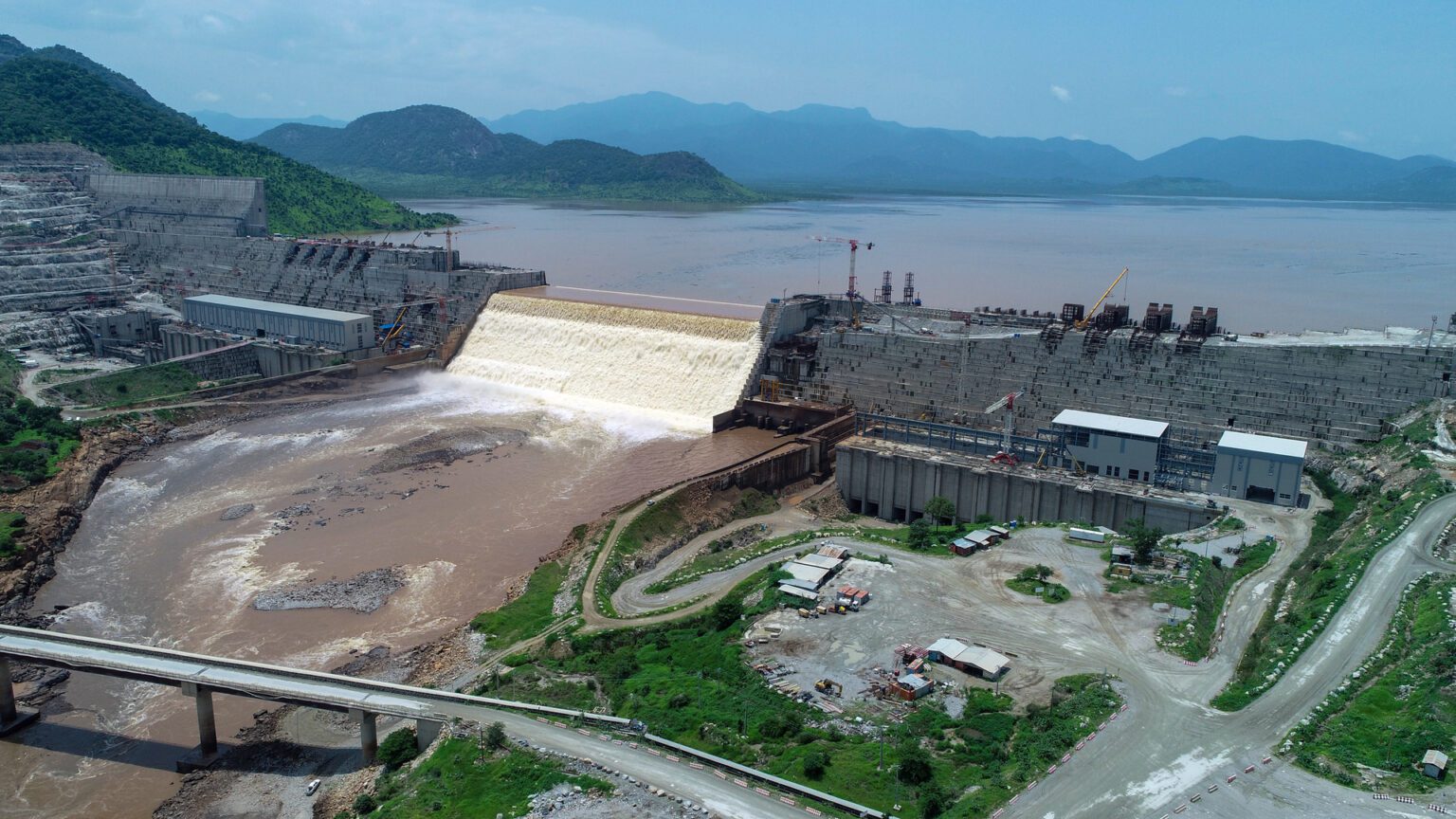 In a festive ceremony attended by Prime Minister Abiy Ahmed, Ethiopia announced days ago the start of power generation from the Grand Ethiopian Renaissance Dam (GERD). During the celebration, Ahmed confirmed that the dam won’t harm the interests of Egypt and Sudan, noting that over 83 percent of the dam’s construction works have been completed.

This announcement was not indeed abrupt. Early in January, the Ethiopian cabinet held its first meeting at the site of GERD before the office of Ethiopian Prime Minister put out a statement declaring the time has come for Ethiopia, Egypt and Sudan to build peace, cooperation, mutual coexistence, and development without harming one another, arguing that the Nile waters can be used reasonably and equitably for the benefit of all the peoples of the riparian countries without causing significant harm.

Beyond the commemoration ceremonies and the Prime Minister’s speech riddled with exaggerations, the announcement of the start of power generation raises many critical questions pertaining to Ethiopia’s internal crisis. While earlier official statements indicated that two turbines will be operated jointly with a total capacity of 700 megawatts, only one turbine was installed and operated at a capacity of 375 megawatts, with the second turbine said to operate at an unspecified later date. Given declarations of the Ethiopian government targeting generating 6,000 megawatts of electricity, the limited amount of power generated with the first inauguration reduces the chances of it achieving a rapid positive impact on the overall rates of electric power production in Ethiopia and makes it impossible for Ethiopia to avail itself of this step towards bringing about a marked improvement in the economic and social conditions of Ethiopians and helping the regime restore its deteriorating political capital.

While these steps are geared towards projecting an image of internal stability and the containment of the threats posed by the TPLF, the new military operation that the TPLF launched in Afar end of January raised doubts about the demise of the TPLF’s danger and potential resurgence in neighboring region and replication of its retaliatory scenarios adopted from June to December 2021, inflicting substantial losses on the Ethiopian National Defense Forces (ENDF), particularly with it capitalizing on the mutual ceasefire agreement to regroup its ranks within its territory.

The Faltering Start of National Reconciliation

In another vein, Ethiopian Prime Minister Ahmed called, in a statement early in January, for a settlement of all conflicts, which he followed by a decision to release opposition prisoners, primarily the Oromo activist Gohar Muhammad and Sabhat Nega founder of the TPLF, as well as several leaders of the TPLF who have been arrested in the course of military operations. Additionally, early in January, the Ethiopian House of Peoples’ Representatives (HPR) approved a draft law proposed by cabinet to form a National Dialogue Committee (NDC) to serve as an independent institution entrusted with holding a comprehensive national dialogue, provided that the committee include representatives of all the political and social elites, enabling discussion of major national issues.

Gradually, chances of the success of the NDC in achieving tangible results started to decay. In early February, three prominent Ethiopian opposition parties boycotted the NDC preparatory meetings, after representatives of the Oromo People’s Congress (OPC), the Oromo Liberation Front (OLF), and the Ogaden National Liberation Front (ONLF) announced that the preparatory meetings were not impartial, transparent, or equitable representation. This prompted the three parties to boycott the meeting which Tagesse Chafo, Speaker of the HPR, called for to discuss lists of candidates for seats on the HPR.

What added to the uncertainty over the future of national dialogue was the announcement of the ruling Prosperity Party excluding the TPLF and the Army faction splinter of the OLF from the upcoming national dialogue aimed at achieving consensus among the components of the Ethiopian people.  The absence of Ahmed’s main opponents from the national dialogue means watering it off and limiting it to the “symbolic” opposition that accepted participation in the electoral competition in 2021 whose repeated postponement was the major reason for the outbreak of the Tigray war in the first place.

Exacerbation of Political and Humanitarian Crises in the Somali Region

The foreign policies of Ahmed’s government have exacerbated the crisis in the Somali region, after Ethiopia raised the diplomatic representation in Somaliland by appointing its first ambassador in Hargeisa following the visit of Somaliland President Muse Bihi Abdi to Addis Ababa in January. Despite the limited official responses from the Somali government in Mogadishu given its extremely sensitive relationship with Ethiopia, the Somali government has taken the initiative of cancelling a decision issued in 2017 designating the ONLF a terrorist organization. This would support the ONLF in enhancing its ability to influence the situation in the Somali region, which will necessarily damage the political capital of Ahmed and his allies in the second largest region of the country.

Overall, Ethiopia’s hasty announcement of power generation from GERD comes as part of a strategy aimed at containing the internal crisis aggravated in various Ethiopian regions due to several reasons, including the continued entrenchment of the TPLF in the north after the ENDF pulled out of it, the TPLF’s renewed attempts to take over Afar located in northeastern Ethiopia, the deteriorating humanitarian and political situation in the Somali region, and the transformation of the Oromo region into a stronghold of the political opposition rejectionist of Ahmed’s policies, particularly after Abiy was forced to release figures of the Oromo opposition under internal and external pressures.

On these grounds, the Ethiopian government shifted focus back to GERD in an uncertain attempt to restore its missing popularity. However, the precarious conditions in the west where the dam is located should be taken into consideration, in view of the recurrent violence in Benishangul-Gumuz that targeted the region’s residents of Amhara and the recent outbreak of violence targeting camps of the refugees and displaced people, causing 20,000 of them to move to the vicinity of Asosa, the capital of Benishangul-Gumuz.

These indicators substantially reduce the likelihood of the success of the Ethiopian government’s strategy of employing GRED in improving its domestic conditions given the turbulent situation in the north, east, and west of the country. At large, stability can’t be restored through symbolic initiatives alone, without the Prosperity Party government making substantial and costly concessions.

Renewed Crisis: Why did border tensions between Sudan and Ethiopia flare recently?

Egypt at the Leading Edge: Economics of Green Hydrogen