The correlation between Turkey’s expansionist project in the Arab region and the Muslim Brotherhood can’t be more apparent. There are many factors that make Turkey the safest haven for Brotherhood members that fled Egypt after the 30 June 2013 Revolution. However, it is difficult for Turkey to be a permanent residence for them, whether for domestic reasons or due to the temporary utilitarian relationship between the two parties. This drove Brotherhood members to look for alternative havens or to integrate within Turkish society.

The Brotherhood faced a major crisis in managing the file of its members that fled Egypt, due to their large numbers, and the tendency of the “Qutbism Guard” wing to depend on systematic violence. This doubled the numbers of Brotherhood members seeking refuge and increased the group’s crisis in countries where their members reside. Some of these countries extradited group members to Egypt due to their indulgence in violent acts. However, Turkey has become a main sheltering centre, especially after the escalating Arab pressures to boycott to Qatar in June 2017.

The aim of the Brotherhood now in Turkey, so as not to have their fate linked to that of Erdogan, is to transform the process of Islamization pursued by Erdogan’s regime into an irreversible act, and to support the transformation into a permanent Islamic sultanate capable of being their sanctuary. The situation that finally emerged in Turkey comes in line with the desires of the trend of political Islam that employs duality in the relation of the state to Islam, to achieve vast gains.

Brotherhood members view Turkey as a safe haven and a strong political and financial supporter in the Middle East and all over the world. Both of the parties benefit from each other. Erdogan uses them as a soft power, and they find residence and protection in Turkey. When rifts appeared among the group in Turkey, the organization tried to present itself as a cohesive group in light of their continuous pressures and crises. Their favourite means to promote that was holding conferences. Erdogan used those conferences, that were attended by his advisor, as way to promote himself as the motivator and the controlling power of the organization that can use this power to maneuver the West and the East.

Despite the enormous support and shelter, seeking refuge in Turkey was only temporary for several reasons. The most important of these is the rejection some Turkish political parties and the public exhibited towards the Brotherhood’s presence in Turkey. Therefore, Turkey appears as the Brotherhood’s media front, rather than a place where Brotherhood leadership can function on a number of regional and international levels to bring back the Brotherhood to the fore again.

The Brotherhood had not planned for many of its members to leave Egypt, which caused it later a great crisis. This made it bear the burden of dividing them on some countries, such as Malaysia and South Africa. The Brotherhood later faced a huge financial crisis due to accommodations, transportations, and smuggling its members out of Egypt. Therefore, it stopped supporting other fleeing groups, and resorted to start businesses and ventures in the countries where its members are present, as in the Turkish case.

Most of the funding that the Brotherhood receives from its allies, specifically Qatar, has been directed to the livelihood of its leaders, which led to major problems concerning the division of funds and the conditions of fugitives, particularly since it is notable that the Brotherhood has split into groups in Turkey, the most important of which is the leaders and their sons, who receive large wages.

Despite the fact that Turkey is a centre for the Brotherhood leadership outside Egypt, it is no longer a point of attraction to Brotherhood members due to difficult Turkish conditions. The living conditions of Brotherhood members are deteriorating and there are no job opportunities available for them. They also find it difficult to travel to Europe since their names are listed with the Interpol. Europe also started to monitor Brotherhood activities. In addition, living in Europe is very costly that only prominent leaders can bear.

Brotherhood members realized that being in Turkey is only temporary; therefore, they adopted two strategies. The first is to look for alternative places where they can have influence or friends, such as South Korea, where a number of Brotherhood members moved owing to the existence of some Brotherhood investments that can guarantee them relative freedom of movement. According to the Korean Ministry of Justice, from January to May 2018, 276 people applied for asylum in South Korea, including 112 Egyptians. Some members fled to South Africa, where there are “offshore” investments, where there is a considerable presence for the group’s New Guard.

Their second strategy is to integrate within Turkish society and acquire the Turkish nationality, fearing future deportation or extradition due to Egyptian-Turkish rapprochement. It was noticed some Brotherhood members adapted themselves to living in Turkey, either by creating homes or by working at stores, since they don’t receive much money from the organization, according to their own accounts on social media platforms. What is striking, however, is the exchange of accusations among Brotherhood members regarding the organization’s funds.

The Brotherhood’s temporary haven in Turkey will last for quite some time. It is unlikely Erdogan will give up his support of the Brotherhood. Erdogan took advantage of the Brotherhood to serve Turkish interests. He compensated its members for their frustrations, local defeats and setbacks by attaching them to the dream of caliphate, to make them serve his project rather than their own. This was evident in his speech during the celebration of the Brotherhood’s 90th anniversary. He sought to convince the Turkish people to accept the Brotherhood at home under Turkish leadership, as being an exceptional leadership that will ultimately lead Muslims, and not just a leadership that pushes the organization’s members to carry out terrorist acts to restore local authority, according to his claim.

The Erdogan-Brotherhood relationship is not only political. It is primarily an ideological relationship that relies on intellectual and theoretical dimensions followed by strategies and actions. 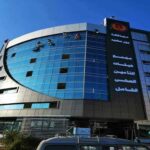 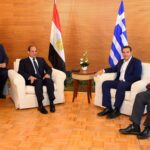 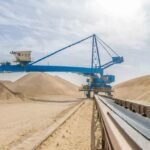 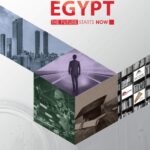