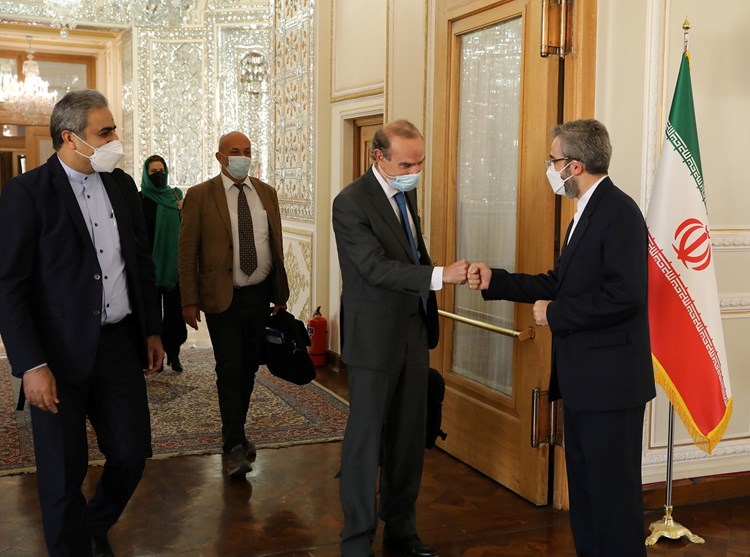 The visit of Enrique Mora, the European Union’s Coordinator for Nuclear talks with Iran, to Tehran in May 2022 came as a live-saver for the nuclear talks that have been ongoing for more than a year. Prior to Mora’s visit, negotiating a nuclear agreement between Iran and world powers out of the Vienna negotiations was unlikely in the foreseeable future, but Mora’s visit changed tack.

Following the visit, statements of concerned diplomats took a more optimistic tone on the possibility of the return of the negotiators to Vienna. Mora’s endeavors aren’t the sole in this regard as there are other countries that strive to resolve the current crisis, including Qatar whose ruler, Emir Tamim bin Hamad Al Thani, met with Iranian Supreme Leader Ali Khamenei and President Ibrahim Raisi on 12 May 2022, where they touched on the nuclear talks in Vienna. On 20 May, Sheikh Hamad met with German officials in Berlin, where they discussed several files including the nuclear issue.

Most notable about this visit of the most prominent European official on the nuclear file was that it seemingly came as an ice-breaker after the stagnation of the Vienna negotiations for months following Iran’s request of removing the Islamic Revolutionary Guard Corp (IRGC) from the US Foreign Terrorist Organizations (FTOs) list, which the United States declined.

While this breakthrough is still impractical and has not yet borne fruit as regards the path of the nuclear negotiations, Mora’s visit and the parallel moves of intermediaries could help develop a vision on the possible future scenarios of the negotiations and the consensuses that could be established when negotiations are resumed, particularly given the interactions and tugs of war in the US political scene on resumption of negotiations and the form of the potential agreement.

US Congressional Representatives: The Most Influential Party in the Vienna Nuclear Track

When it comes to orientations of the US administration towards the nuclear talks, recent developments over the past months indicated that the Congressional representatives were the most influential party among those concerned with the nuclear file and those participating in the negotiations. The diverse pressures from Republican representatives, along with their fellow Democrats, have impeded removing the IRGC from the US FTO List.

Among those proposals was a majority-vote proposal rejecting any deal that does not impose restrictions on Iran’s missile industry and its activity in the Middle East region. This proposal was  put forward by Republican Senator James Lankford within the Congress’ purview of the United States Innovation and Competition Act (USICA(,primarily geared towards confronting China.

Indeed, US Representatives do not flatly reject an agreement with Iran, but they have specific conditions on this, i.e. inclusion of Iran’s missile program and its regional presence under this agreement. In any case, the opposition of the US Senate proved more effective (than the positions of other parties) in influencing the course of the nuclear talks.

Scenarios for the Coming Days

Following the visit of Enrique Mora to Iran, the nuclear negotiations track has become much clearer than before. Mora explicitly stated that his visit to Tehran aims at resolving the outstanding differences in the nuclear agreement.

Building on this visit and the ongoing mediations on the nuclear talks and amid the United States continued refusal to remove the IRGC from the FTO list, potential scenarios for the nuclear negotiations can be identified as follows:

1. Delaying the Removal of the IRGC from the FTO List until the Announcement of the Nuclear Agreement

In effect, several current dynamics in the United States and abroad make removing the IRGC from the FTO list extremely difficult now, or specifically until November 2024 (i.e. date of the scheduled presidential elections). In addition to the rejection of the Congressional representatives, President Joe Biden believes this step would threaten his re-election as President of the United States.

Taking this step would give Biden’s Republican critics –and maybe some Democrats– a golden opportunity to criticize him for refuting a decision of the previous Republican administration, which some Americans see in the interest of their country, taking into consideration the IRGC attacks against the US interests in the Middle East over the past years. This would mean a major political loss for Biden.

Biden’s removal of five terrorist organizations from the FTO list on 20 May 2022 may complicate the removal of IRGC from the FTO list. In effect, Biden’s decision provoked wide controversy. Perhaps the IRGC may be removed from the FTO in 2025 or perhaps years beyond that, after the US presidential elections.

Notably, in April 2024, it would be five years since the IRGC has been designated a terrorist organization (the designation was in April 2019), which means the Secretary of State would be required to review its designation to determine whether a revocation would be appropriate. That said, it is not expected that the IRGC will be removed from the FTO list on that particular date, months before the presidential elections.

2- Lifting Sanctions on Institutions and Individuals Affiliated with the IRGC

Several members the IRGC face restrictions on movement outside Iran due to their designation as terrorists or the designation of the IRGC as a terrorist organization. Some financial institutions affiliated with the IRGC cannot carry out their activities abroad. Further, the IRGC faces many obstacles when trying –or those associated with it– to import military or even technical equipment from abroad for use in missile or nuclear programs.

Essentially, the designation of the IRGC a terrorist organization did not affect Iran’s movements in the region. What Iran is after is lifting the sanctions on the IRGC leaders and IRGC-affiliated institutions inside and outside Iran. Therefore, lifting these sanctions would partially mean removing sanctions on the IRGC, something that Iran will not likely refuse given the strong US rejection to remove the IRGC from the FTO list.

The United States’ removal of the IRGC from the FTO list while keeping the Quds Force (IRGC’s external combat unit and the main target of sanctions) could prove to be a satisfactory solution to both parties.

In short, Mora’s visit is of great significance as it may later give rise to developments in Iran’s nuclear talks with world powers towards a reaching a final agreement, although this may take quite some time. Amid endeavors by European countries and other mediators to resolve the crisis, one of the three aforementioned scenarios will likely unfold. 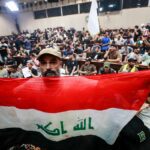 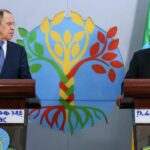 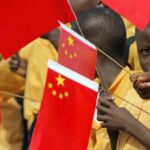 The Muslim Brotherhood and the West: A Read through Official UK Documents (2)