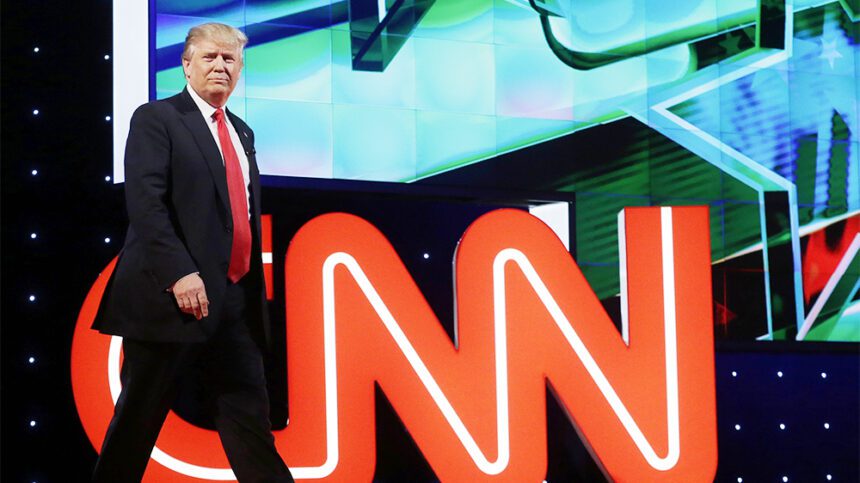 US visual media play an integral role in following-up and broadcasting election development. Studies on the relationship between media and US elections focused on two main issues: US media bias that resulted in further polarization between the Democratic and Republican parties; and the varying effect of visual media on the behaviour of US voters.

Thus, it is important to explore the extent of polarization in the US media before the presidential elections, scheduled for next month, and try to find an answer to the question “to what extent can the media affect voters’ preferences?”

Currently, the US media and TV channels are extremely biased, bearing in mind that visual media biases is not a new phenomenon. That was evident through the number of studies, during the 1990s and the early 2000s, that tackled the relations between media bias and elections. Thus, the current US media tendencies towards polarization is part of a problem enshrined in the US society for years. Towards the end of 2019, Pew Research Centre conducted a survey on political polarization in the media before the elections. The results of the survey showed that there is an evident, deepened state of division among the American people about trusting the sources of information that TV channels broadcast before the elections. There are several reasons for the deepened political polarization between the Democrats and Republicans on TV channels, including:

1- Increasing confidence gaps: The studies conducted by Pew Research Centre and Gallup/Knight Foundation concluded that both the Republicans and Democrats trust two completely contradictory media environments. The surveys indicated that over the last six years partisan polarization in the media has increased and confidence gaps have widened. In 2014, a study found that there is an increasing lack of confidence in traditional media – such as the CNN, MSNBC, and NBC, and printed papers such as The New York Times – among the Republicans. On the other hand, the Democrats trust media sources such as the Politico and The Washington Post.

Concerning the Democrats, the results were completely different. The majority of Democrats trust 22 media sources, 13 out of them received more than 33 percent, and mistrusted eight (that are mainly trusted by the Republicans).

Amid this polarization and lack of confidence in the media, two media sources are mistrusted by both Republicans and Democrats, which are PBS News and The Wall Street Journal.

In general, Republicans and Republican loyalists follow politics and election news through a limited number of media sources. Sixty percent of Republicans depend on only one source, which is Fox News; and 24 percent watch CNN, despite the fact that they do not trust it. On the other hand, Democrats – including independents who lean toward Democrats – rely on an array of sources. The Democrats follow CNN with 53 percent, NBC with 40 percent, ABC with 37 percent, and both CBS and MSNBC with 33 percent. Although the Democrats do not trust Fox News, 23 percent of them follow it, which proves that following a particular media source does not necessarily mean trusting it.

Reasons for the lack of trust

The Republicans don’t trust the media due to:

The University of California, Berkeley, conducted a study on the impact of Fox News on the voting behaviour of its followers, especially after the channel reached 20 percent of American cities from 1996 to 2000. The results of the study indicated that there is no noticeable impact of the conservative Fox News on the voting behaviour of its followers during the presidential elections from 1996 to 2000; as only 2.1 percent of its followers voted for the Democratic Party. In addition, the channel didn’t affect the voters’ turnout. However, the channel pushed conservative Republicans to increase their contributions in the partisan campaigns and the political programs of local state candidates. The reason behind the lack of influence of the channel, according to the study, is voters’ awareness at the time of media bias.

In an estimate of the channel’s persuasion rates, it was revealed that in 2000, 58 percent of Fox News followers, who used to be Democrats, supported the Republican candidate by the end of the elections. In 2004, the persuasion rate was 27 percent; and in 2008, it stood at 28 percent. Moreover, the influence of Fox News increased over the presidential elections throughout 2004-2008.

In 2017, American Economic Review issued a study on the impact of Fox News on the US elections and voting for Republican candidates from 2000 to 2012. The study found that the channel contributed to increasing the voting for the Republican Party during the presidential elections. It also found that the channel caused a shift in viewers’ attitudes and pushed them to vote for Republican candidates.

The study also stated that if it were not for Fox News, the Republican presidential candidate’s share of the bipartisan vote would have been lower by 3.59 points in 2004 and 6.34 points in 2008. In other words, the Democratic candidate, John Kerry, would have been the winner in 2004, and Barack Obama’s 2008 victory would have turned into an overwhelming victory, with more than 60 percent of the two parties ’votes. The study affirmed that watching three more minutes of Fox News on a weekly basis during 2008 could have made a Democratic or centrist voter one percentage point more likely to vote for Republicans. Another finding of the study is that the impacts of both CNN and MSNBC on centrist voters were relatively limited, as they did not adopt an ideological agenda targeting persuading the viewers of a particular candidate. In 2008, MSNBC was able to convince only eight percent of the Republicans to vote for the Democrats.

In the 2016 elections, Fox News was the most popular channel, described by some as Trump’s propagandist. Twenty percent of the voters followed it as their main source of news.  The head of Niskanen Research Centre in Washington stated that if it were not for Fox News, President Trump would have left the White House because of the Miller Commission report. The channel launched propaganda campaigns supporting Trump, the thing that other US presidents did not experience before, and was able to increase the number of his supporters.

In conclusion, the latest estimates issued in September 2020 indicate that less than half the Americans trust the media, and 63 percent mistrust the material the media promotes and believe that the media content should be analytically viewed in order to expand the horizon for building confidence in media in the future. Moreover, 60 percent of the viewers do not feel a personal connection with the news channel that they follow. The increasing polarization rates and partisanship in the media may lead to shifting a supporter of one party to the other. The increasing confidence gap among Republicans, who trust Fox News by 65 percent and ABC by 33 percent, and the stability of confidence percentages among Democrats, makes the majority of Republicans depend mainly on Fox News and its campaigns and propagandas.

The major impact of the media on the path of US presidential elections cannot be denied. However, the Americans have become more aware of the policies and dynamics of these channels, and they ask many questions regarding their funds; except for the Republicans and conservatives who are still biased towards their news channels.

From Crisis to Abundance: Egypt’s Electricity Sector on the Right Track
Next Article 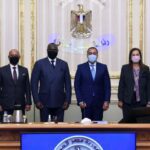 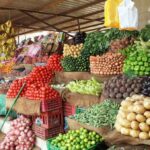