The Egyptian real estate development sector has been greatly affected by the repercussions of the Russo-Ukrainian war, particularly with the successive increases in the prices of construction supplies, primarily prices of rebar that rose significantly, which had a knock-on effect on the cost of real estate projects.

Since the outbreak of the war, prices of metal witnessed successive increases with Russia and Ukraine, the fifth and 12th largest exporters of steel, respectively, announcing a ban on exports. This brought about a reduction in the supply of metals against an increased demand globally, particularly in Europe.

The Change in Global Metal Prices

On 15 March 2022, the International Monetary Fund (IMF) published an update that elucidates repercussions of the Ukraine war on the global economy and shows the magnitude of the damage caused by the war. According to the report, the metals index rose to unprecedented levels due to the war, exceeding 250 points. 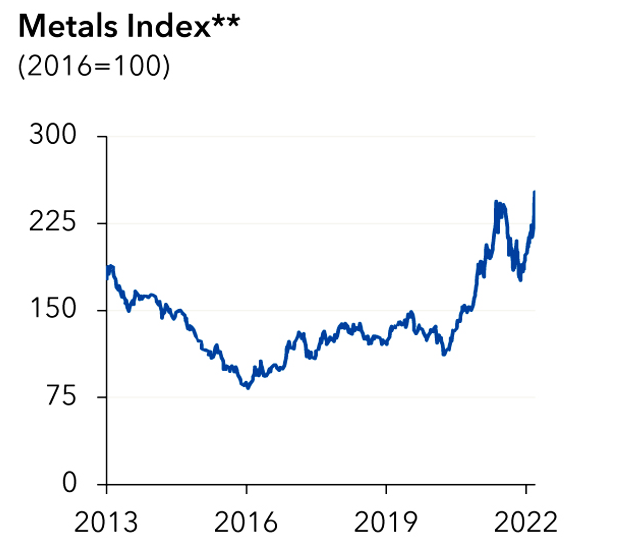 Source: How War in Ukraine Is Reverberating across World’s Regions (2022), IMF. Available at: https://bit.ly/3MhlfsX

A look at the prices of rebar globally reveals a considerable increase in its prices, recording $161.8 per ton in the first week of April 2022, up from $138 per ton in early March 2022 as is shown in figure 2.

The Change in Rebar Prices in Egypt

According to the Construction Materials Bulletin issued by the Central Agency for Public Mobilization and Statistics (CAPMAS), the average selling price of rolled rebar was EGP 19,130 per ton in March 2022, up from EGP 13,300 in March 2021, i.e. an increase of 24.4 percent, as shown in figure 3.

Figure 3: The change in round rebar prices in Egypt

Additionally, in March 2022, the factory delivered price of rebar also exceeded EGP 19,000 per ton, with the consumer price subject to between EGP 500-1,000 increase, causing the price of a ton of iron in Egypt to exceed EGP 20,000.

These dramatic increases came as a result of the significant rise in prices of iron ore, scrap, and billet on global stock exchanges, let alone the oil and transportation price hikes as a result of the Russo-Ukrainian war, the ban on steel exports imposed by Russia and Ukraine (two of the largest steel producers in the world), the increase in interest rates (one percent) to curb inflation, and the decline in the exchange rates of the Egyptian pound by about 17 percent, among other negative impacts, which naturally had their bearing on rebar prices, in parallel with the decrease in the purchasing power of the pound against the dollar, the restrictions of the Central Bank on letters of credit import rules, and the lack of liquidity.

Reverberations of the Rise of Iron Production Prices in Egypt

At large, the iron ore and steel sector is highly influenced by three main factors, namely the exchange rate, the interest rate, and natural gas prices, being an energy-intensive industry, which makes the sector vulnerable to price increases, particularly with the move of the Energy Pricing Committee to raise gas prices for factories following global increases. Notably, there are about 24 steel companies operating in Egypt, including primarily Ezz Steel, Beshay Steel, Suez Steel, El-Masryeen Steel, and El-Marakby Steel. The increased cost of iron ore production will likely result in a reduction of the profit margins of steel companies that may be unable to pass the high costs onto their clients of the real estate development and construction companies whose activity is already slowing down given the high cost and scarcity of construction materials. That said, prices are unlikely to return to previous levels unless there is a change in global and domestic conditions.

Given the price spikes of building supplies, economic analysts expect real estate prices in Egypt to increase by no less than 25-30 percent, with construction costs accounting for between 50-60 percent of property price. Further, some real estate developers stopped construction work after the rise in prices of rebar and cement.

In this vein, the Egyptian government convened periodic meetings with major rebar and cement manufacturers, to discuss the price increases in the local market. According to a recent statement of the Cabinet of Ministers, the Prime Minister directed the head of the Egyptian Competition Authority to prepare a comprehensive study of change in rebar and cement prices over the recent period to work on maintaining the required balance in these two sectors.

At the end of April 2022, a statement by Ezz Steel published on the Egyptian Exchange website indicated that the company reduced the factory delivered price of a ton of rebar to EGP 19,170 pounds per ton including value added tax, down from EGP 20,000, i.e. 4.15 percent decrease. According to the company, this decrease could be attributed to the global decline in the price of scrap by $64.23 per ton and iron ore fine with above 65% Fe by $33 per ton. The company also indicated that the price of the Russian semi-manufactured rebar decreased by $60 per ton, due to the Western sanctions on Russia that made it difficult for Moscow to market its production. 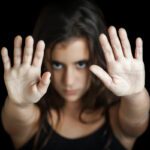 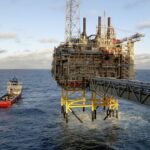 Latent Escalation: Will Calm in the Eastern Mediterranean Last in 2022?

The Muslim Brotherhood and the West: Reading through Official UK Documents