During the early hours of Sunday, the Afghan capital Kabul witnessed a successful American operation that targeted the head of Al-Qaeda organization, Ayman Al-Zawahiri, at his balcony using an American unmanned aerial vehicle.

The scene is crystal clear image of a new American victory in the course of the war on terrorism on one hand, and an attempt to erase the failure that enveloped the American withdrawal from Afghanistan over the past year on the other, raising questions about the Biden administration’s chances to employ this operation.

On Monday, President Joe Biden officially announced the death of Al-Qaeda leader, Ayman Al-Zawahiri, during an American raid carried out in Afghanistan. Moreover, he explained that Al-Zawahiri was killed in a drone strike without using any troops on the ground, adding that the operation was “planned and carried out with high precision”. He praised the operation by viewing it as an implementation of justice and a defense of the American people. Additionally, he praised the United States Intelligence Community, considering that “thanks to their extraordinary perseverance and skill”, the operation was “successful”, confirming that Washington “will not allow Afghanistan to transform into a platform for launching attacks against the United States.”

President Biden also pointed out that Al-Zawahiri was the second man in the organization during the September 11 terrorist attack, and he was also one of the most responsible for the attacks that killed 2977 people on American soil. He also added that Al-Zawahiri was the mastermind behind several operations that targeted Americans, including the bombing of the American USS Cole destroyer, which resulted in the death of 17 American sailors. Furthermore, he also played a major role in the bombing of the American embassies in Kenya and Tanzania, killing 224 people and injuring more than 4500 others.

According to Reuters, over the past year, after the American withdrawal from Afghanistan, officials have been monitoring indicators of Al-Qaeda’s presence in Afghanistan. A prestigious American official said that Washington spotted Al-Zawahiri’s family in 2022, in a house in the Afghan capital, which witnessed the withdrawal of US troops and the dominance of the Taliban Movement. After confirming his presence, National Security Adviser Jake Sullivan briefed President Biden on the matter. In early July, the plan for the operation was presented to the President in the high-security Situation Room at the White House.

Some analyses indicated that the United States drone that killed Al-Zawahiri in Kabul used Pakistani airspace to complete the mission. These analyses served to link the cooperation during the operation between Washington and Islamabad, and last week’s phone call between General Qamar Javed Bajwa, the Chief of the Army Staff of the Pakistan Army, who is widely known as the most powerful man in the country, and Wendy Sherman, United States Deputy Secretary of State.

In this context, this accurate attack that targeted the leader of the Al-Qaeda organization was met with a series of praises, both from inside and outside the United States. Former President Barack Obama commended the success of the mission, praising the leadership of President Biden and the United States Intelligence Community, alongside pointing out the possibility of eradicating terrorism without going to war. For his part, Ben Rhodes, a former senior official in the Obama administration, described the operation as “historic”, while also adding that “it shows that Biden did not need to keep troops in Afghanistan to maintain counter-terrorism capacity.”

Opportunities to Employ the Operation

In general, the successful military operation targeting Al-Zawahiri in Kabul, how it was conducted through an American drone, and the positive reactions it triggered, may present opportunities for the United States Administration to employ it as follows:

To sum up, Washington’s success in conducting a military operation that led to the death of the leader of the Al-Qaeda organization carries many opportunities that the Biden administration can employ to enhance its image and increase its popularity, yet the issue remains related to the good utilization and the exploitation of the operation by the administration. Moreover, the targeting of Islamic State (IS) leader, Abu Ibrahim Al‑Qurashi, did not contribute to these objectives. However, this can be justified by the fact that IS, unlike Al-Qaeda, has not carried out a terrorist operation inside American territory. This means that the chances to utilize the operation of targeting Al-Zawahiri remain greater due to its direct link with American streets. Adding further, this was reflected in the statement released by Terry Strada, President of the 9/11 United Organization, in which she states, “I’m extremely grateful for the commitment of the intelligence agencies, the dedication of our brave military, and the sacrifices it has made to eliminate such evil from our lives.” 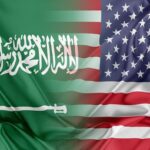 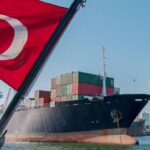 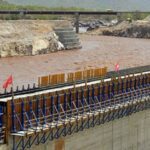