Egypt’s presidential spokesman announced on 18 May the launch of a presidential initiative to reconstruct the Gaza Strip at the cost of $500 million following the Israeli shelling of Gaza since 6 May. The initiative includes the participation of Egyptian companies specialized in the fields of infrastructure and contracting in carrying out reconstruction operations.

Although the Arab public in general, especially the Egyptians, received the initiative with great welcome, some remained incapable of realizing most of the Egyptian goals behind the initiative. This happened for two main reasons: the first is that Egypt is already going through unprecedented times due to the coronavirus pandemic, which applies pressure of various sectors of the Egyptian economy, in a way that does not allow it to financially aid anyone. Secondly, the allocation of the Egyptian aid came — unlike donor countries’ habits — in the form of assistance provided by Egyptian companies in the form of goods or reconstruction operations, even though it’s customary for the donor country to send cash assistance.

The situation of the Palestinian economy is regulated by the so-called Paris Protocol of 1994, which was signed as part of the Gaza and Jericho Treaty, according to which the Palestinian Authority and its security force was established. The contents of the protocol can be summarized in relation in the following points:

This all means that the Palestinian economy is actually recruited to serve the Israeli economy in many ways, whether in the form of cash flows or labor efforts, and even from both the production and consumption sides, which brings us to the following point.

Second: Why Egypt is taking part

The Egyptian construction and contracting companies, which were involved in redeveloping the Egyptian infrastructure as a part of the economic reform program, have been characterized by the ability to accomplish and adhere to deadlines, especially in light of the complete slowdown in the reconstruction process ever since the last Gaza war in 2014, after more than seven years passed, in the first quarter of 2021, there are 660 displaced families, as a result of losing their homes in Gaza Strip during the war. Out of the 850 houses that needed reconstruction, there are still 249 homes that remain untouched, until the first quarter, as explained in the following figure:

Reconstruction operations stopped altogether during the first quarter, while 95% of the houses which were targeted for reconstruction remained demolished, due to the non-commitment of the donors to pay the reconstruction aid, which they committed to in the Cairo Conference in October of 2014. Out of $5.08 billion, which were pledged by the donors, only $3.49 billion were disbursed, which is only 68%, after more than 10 years. The following table shows the status of some of the most important donors:

Table 1: State allocations at the 2014 Cairo Conference on the reconstruction of Gaza

The labor force in Palestine is about 1.29 million people, and the unemployment rate reached about 25.9% by the end of 2020. These workers are distributed amongst six main fields, the construction sector comes second when it comes to the volume of labor related to it, as shown in the following figure:

The figure shows that the construction sector absorbs 16.8% of the total Palestinian workforce, being the second largest sector after trade, restaurants and hotels. Consequently, the aids aimed to help the largest possible number of Palestinians by directing the sum of aid to the construction sector, which accommodates more than 162 thousand workers while similarly, at the same time, pushing hard in the post-war crisis and amending the long destruction of the sector.

3- Israel doesn’t benefit from its attacks

Israel controls all cash in Palestine, as stated above, according to the rules of the Paris Protocol of 1994, due to the fact that the Palestinian Authority cannot issue its own currents; resultantly, four currencies prevailed in the Palestinian territories, the Jordanian dinar, the Israeli shekel, the Euro, in addition to the US dollar. Although there’s no accurate counting of the amount of circulation of each specific type of currency within the Palestinian territories, this is because the Palestinian Monetary Authority has no role in issuing these currencies, it’s possible to deduce the extent of the spread of each type of currency and the volume of its circulation using another method, which is the national movement between banks operating in Palestine with all the circulating currencies, which are shown in the table below, all estimated in million US dollars:

Table 2: Checks denominated in different currencies in the Palestinian territories, in million US dollars, and the numbers in thousands

It’s clear from the table that 93% of the checks cleared in Palestinian Banks are in shekels, with the value of $10.2 billion in 2019 and $8.3 billion in 2020, followed by the dollar, whose value of cleared checks was about 14% in 2020, which is about $1.47 billion. This all means that even if these funds were all paid in dollars, they will eventually be converted into shekels in the end, which benefits the Israeli economy in terms of the increase of cash flow into it and on the other hand, in terms of the usage of shekels to buy Israeli goods and services, since Israel is considered the main trading partner for the Palestinian land, with no less than 68% of the imports, as shown in the following figure:

The figure shows that 87% of the total Israeli imports throughout the period between 2008 and 2019, averaged around 87%, with a highest percentage of 99% in 2008, and a lowest percentage of 68% in 2019; therefore, any cash flow aid will end up in service of the Israeli economy, so it’s essential to help the Palestinian economy while preventing the rewarding of the Israeli economy.

Figure 4: The relationship between the construction sector and the overall growth rate of the Egyptian economy

The figure shows the direct graphic link between the growth of both sectors and the overall rates; resultantly, the sector and the companies involved in it impact the Egyptian economy as a whole, and here the opportunity of reconstructing the Gaza Strip emerged as an indirect way of boosting and supporting companies, while at the same time playing the Arab and national role of Egypt towards its brothers in the occupied land.

Since the beginning of the century, the region has been struck with a wave of conflicts, which began in Iraq, after the American invasion on its lands in 2003, and it still continues in our current time due to the presence of small Islamic State groups on the Iraqi-Syrian borders, after they retreated as a result of operations to liberate the central and northwestern Iraqi cities from their control, especially the city of Mosul. These operations resulted in the almost complete removal of all public facilities, and even homes of the city too, which require huge efforts and enormous costs for reconstruction, which may exceed $88 billion, according to the estimation of the Iraqi government. The situation doesn’t really differ in Libya, which has been exposed to the same waves of conflict, especially the western area, where most of the cities suffer the effects of damage and destruction, especially Tripoli, the capital, Zintan and Misrata. Similarly, they suffer from the deterioration of the infrastructure, which is related to generating and transmitting electricity, roads and oil facilities too.

In light of these conditions, Egypt has launched what is known as “infrastructure diplomacy” with the goal of engaging in the process of rebuilding Arab countries, which have been covered with damage, in order to achieve the bilateral interests of Egypt and the two sister states, by facilitating the presence of Egyptian oil, construction, contracting, electricity and telecommunications companies, that have gained massive experience. This was due to the economic reform program and their participation in the complete rehabilitation of Egyptian infrastructure facilities in terms of roads and electricity and even participating in establishing entirely new cities, in return for facilitating payment methods and terms, this counts as an important gain for both countries, especially Iraq, which suffers from accumulated debt and delayed payment.

The initiative, therefore, comes as an extension to the infrastructure diplomacy in the occupied land, with the same goal of helping Egypt’s brother, while also deepening the presence of Egyptian companies in the region, which would provide them with more experience and will help them refine their skills in all working conditions and environments, which will later on open doors for working in other countries and regions.

In conclusion, the initiative is meant to serve both the Egyptian and Palestinian economies, while at the same time overcoming the obstacle put forth by the Paris Protocol, which enables the Israeli economy to benefit from any Palestinian activities or any aid directed to Palestine. This way, Egypt achieves more than one goal, the most important being speeding up the delayed reconstruction operations since 2014, while in parallel, employing more Palestinians and finally, supporting Egyptian companies in the reconstruction and building sector, after Egypt fulfills its historically pioneering role in serving and supporting the Palestinian cause. 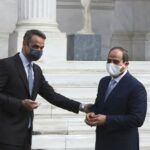 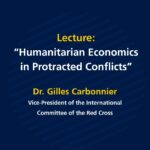 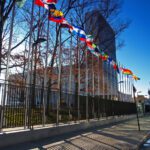 The Consolidated List of Terrorism: New Entities and Candidates 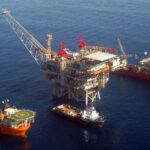