European countries are seeing a barrage of successive changes and growing threats affecting their security and stability. On top of these threats are terrorist attacks conducted by extremist youth who were attributed by some to “radical Islam”, considered an ideology that seeks to create alternative societies against European values, while right-wing powers said the operations were an act of war against them.

Some countries used these statements to serve their own interests, such as Turkey, that took advantage of European reactions in light of its increasing disagreements with France and called for boycotting Paris. Ankara’s call, however, was rejected and condemned.

A terrorist attack hit Vienna, near the capital’s largest synagogue on 2 November. Gunmen opened fire in six different locations, killing at least four people and injuring 16. It is yet unclear whether the city’s synagogue was the target of the attack and what the motives of the gunmen were.

Repercussions of the attack

“We are experiencing difficult hours in our republic. Our police will act decisively against the perpetrators of this repulsive terror attack. We will never be intimidated by terrorism and we will fight this attack with all means,” Kurz said on Twitter.

Austria’s Interior Minister Karl Nehammer said the attack was carried out by at least one “Islamist terrorist”, and described him as “a supporter of the Islamic State”. He stated that at least one attacker is still on the run and the police are still searching for him, while one was killed and another was detained. He also told the Austrian news agency APA that the deceased suspect was 20 years old, held a dual citizenship in Austria and North Macedonia, was sentenced to 22 months in prison, and was released in December.

Nehammer added the police attacked about 15 houses and a number of persons in connection with the attacker were detained. Police imposed a security cordon and barriers around the site of the attack, urging citizens to avoid central areas and not to use public transport.

International powers strongly condemned the attack and expressed solidarity with the Austrian people, such as French President Emmanuel Macron who tweeted: “We French share the shock and grief of the Austrian people struck this evening by an attack in the heart of their capital, Vienna. After France, a friendly country is attacked. This is our Europe. Our enemies must know who they are dealing with. We will not give up.”

UK Prime Minister Boris Johnson said the kingdom’s “thoughts are with the people of Austria – we stand united with you against terror”. European Council President Charles Michel called the terrorist operation a cowardly act that violated life and human values.

The Czech police said they were conducting checks on the border with Austria. “Police are carrying out random checks of vehicles and passengers on border crossings with Austria as a preventive measure in relation to the terror attack in Vienna,” the Czech police tweeted.

“We must not give way to the hatred that is intended to divide our societies,” German Foreign Minister Heiko Maas said in a tweet.

According to preliminary information, a number of observations can be noted:

The restrictions include a curfew from 8 pm to 6 am and the closure of sports halls, museums, theaters and hotels, with a few exceptions. Shops, cafés, restaurants will remain open to provide fast-food services. High schools and universities will shift to online education, while nurseries and elementary schools will remain open.

In this context, Austria is a European Union country that regards weapons as a tool for self-defense. At the age of 18, Austrians can own certain types of rifles and semi-automatic rifles for sports and hunting. These weapons must be licensed within six weeks of purchase. However, automatic weapons are prohibited according to the minimum standards of the European Commission. Acquisition of arms increased in the wake of the refugees crisis.

In view of the repeated attacks in European capitals, it is clear that governments always deal with the consequences of the attacks without looking into their root causes, which complicates the situation even further. These roots are the growing motivations that fuel extremist ideologies and the exploitation by some international powers of anger and community divisions in Europe to promote their hostile ideas to inflame domestic situations.

The attack is a new episode in a series of attacks on European countries in the context of the debate over the relationship between Muslims and extremists. Some countries will adopt certain policies to confront “Islamist separatism and isolationism” which violate Western societies’ principles of free speech, religious repudiation, and commitment to secularism.

Therefore, these attacks are expected to be the beginning of a new wave of attacks in response to the hostile political rhetoric against radical Islam. In tandem, far-right and populist powers are adopting anti-European leaders’ policies, rejecting the way they handle recent conundrums that have become more complicated due to the coronavirus crisis. All these conditions will have their impact on refugees and migrants, especially in light of international lockdowns and precautionary security measures on the borders between European countries. 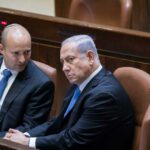 Netanyahu and Bennett: Indications of political change in Israel
Next Article 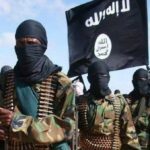 ‘Breaking the Walls’: The Islamic State’s strategy for a comeback 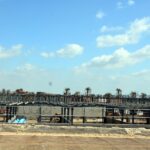 Investment in Egypt amid Covid-19

GERD: Bogged down Negotiations and Alternatives 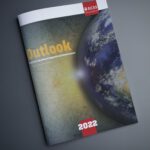