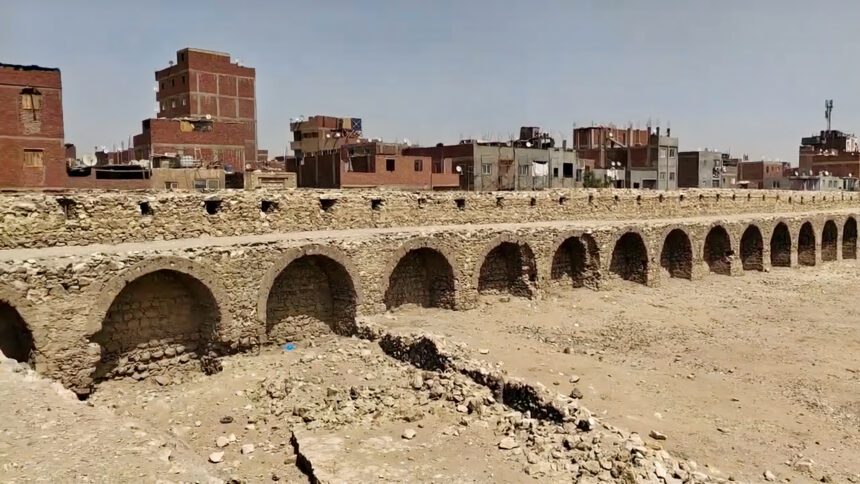 On 24 April, Secretary-General of the Supreme Council of Antiquities (SCA) Dr. Mustafa Waziri announced the launching of development operations for the archaeological Gabḥānah [Gunpowder Magazine] of Muhammad Ali Pasha. Waziri indicated that these development operations will continue for six months and that they align with the efforts of the Ministry of Local Development to develop the residential area surrounding the Gunpowder Magazine, known as the Stable of Antar, an Old Cairo district.

The SCA has not yet announced its final decision on the anticipated use of the Gabḥānah upon the completion of development works, which opens the door for dialogue on the best possible uses of the Gabḥānah given its nature and the area in which it is located.

In late March 1824, the Citadel of Cairo, also known as Salah Al-Din Citadel, experienced a massive explosion in the Gunpowder Magazine, which claimed the lives of about 4,000 troops and civilians and resulted in the destruction of the majority of buildings in the Citadel and 50 residential houses in the neighboring areas. The explosion led Muhammad Ali to consider transferring the Gunpowder Magazine to another location, away from the Citadel’s facilities and the local population. A desert hill, located 4 km to the southeast of the citadel was chosen as the new premises for the Gunpowder Magazine.

Construction works continued approximately for four years (1824-1829). The new Gabḥānah was designed as a rectangular fort with a large courtyard covering an area of ​​5 feddans. In the middle of this courtyard, a storage structure was built on an area of ​​2,350 meters, custom-built to lower the temperature, which would help reduce the chances of explosions to the absolute minimum. For instance, windows were designed to allow natural light into the building while blocking the direct sunlight that would cause the gunpowder to get overheated and blaze up. For air conditioning purposes, the building was surrounded by underground water cisterns that served as a natural conditioner.

The Gabḥānah continued to serve as a center for storage of the Egyptian Army’s gunpowder for nearly eight decades. However, with the development of military armament technologies and the change of the political situation in the country, the Gabḥānah was abandoned. Probably, the Gabḥānah was definitively closed during the reign of Khedive Abbas Helmy II but it continued to be used as temporary premises for the camel police for decades later.  Subsequently, it was informally utilized by the population as stables for beasts and was also used in filming the exterior scenes of several drama films such as Al Nasser Salah Al-Din in 1963.

The Gabḥānah Trapped in Negligence

The dire poverty that the locals suffer, the high levels of illiteracy, and the lack of cultural, service, and recreational facilities, have resulted in high rates of drug trade and abuse as well as the spread of crime and violence. Combined, these social and urban conditions caused the Gabḥānah to suffer gross security and archeological negligence over the last decades, where it came under all forms of vandalism, theft, and unauthorized exploitation by the local people and its buildings came to be a den for lawbreakers, drug traffickers, and drug users.

Development Projects in the Area

From October 2017 to December 2021, the Egyptian government began implementing a comprehensive project to remove dangerous slums on the western escarpment of the Stable of Antar, on ​​an area of 10 feddans. After Cairo obtained funding from the French Development Agency, a plan was developed to utilize the spaces resulting from the clearing of the hazardous slums, by constructing a set of public facilities that serve citizens in the areas of the Stable of Antar, Ezbet Khairallah, az-Zahraa, and Dar as -Salam.

The planned facilities include a police station, ambulance stations, civil defense units, a post office, health unit, parking area, mosque, an urban market, kids areas, five-a-side football pitches, and an open theatre. Beyond that, Cairo Governorate is paving the quarry road down the Stable of Antar plateau to become a traffic artery connecting the area with the neighbouring az-Zahraa area. Furthermore, an additional road branching out of this road was created, going up directly towards the Gabḥānah Gate.

On many occasions, Cairo’s governorate executive leadership have expressed their aspirations to transform Muhammad Ali’s Gabḥānah into a tourist attraction, similar to the various famous heritage sites in Cairo, such as Muhammad Ali’s Citadel and the complex of religions, among others.  However, this may be marred by some challenges, particularly given the fact that the Gabḥānah was constructed as a military facility with a primitive architectural style consistent with its uses as a gunpowder magazine. Its buildings and walls lack any architectural or decorative aesthetics that would encourage tourists to include within their tour programs in Cairo. Furthermore, the social nature of the region may not encourage tourists (particularly foreign ones) to visit the area. Worse, the roads leading to the Gabḥānah from the Nile Corniche through the Zahraa area to the Stable of Antar are narrow and random and may not leave a good impression on foreign tourists.

Hence, it may be appropriate to consider reusing the Gabḥānah in a way that benefits the local community on the one hand and ensures its sustainability as an antiquity on the other. So, maybe the Gabḥānah could be turned into an integrated cultural center that provides a variety of cultural activities that benefit people of the surrounding area, whether children or youth.

For instance, the Gabḥānah storage building can be utilized in constructing the missing cultural facilities in the Stable of Antar area, such as a public library, an art exhibition, and a school for the handicrafts popular among the local population, including the carpet, candles, and natural soap industry. The outer courtyard, however, could be made use of to create recreational parks, sports stadiums, an open cinema, and open hobby classes. It is also suggested that the administration of open theatre planned to be established outside the Gabḥānah join the administration of the cultural center for purposes of coordination of the various artistic events to be organized by the Gabḥānah.

Importantly, the proposed Gabḥānah Cultural Center should draw on environmentally friendly technologies, whether in lighting, ventilation, or waste management, for these activities to align with the sustainable development goals that the state is keen to implement in various sectors.

These photos were taken on 19 May 2022 during a field visit by the researcher to the Muhammad Ali Gabḥānah in the Stable of Antar.

2. The eastern side of the Gabḥānah’s walls

3. The Clean-up works of the Gabḥānah’s walls

4. Maintenance works of the splattered stones

5. Removal of the solid waste from the Gabḥānah’s courtyard

6. The outer courtyard of the Gabḥānah (the storage building on the right and the perimeter wall on the left)

The proposed development plan for the vicinity of Muhammad Ali Gabḥānah in The Stable of Antar. (2020), Slum Development Unit.

* Al-mahrouṣa is an Arabic word meaning “The Protected” and is generally used to refer to Egypt. 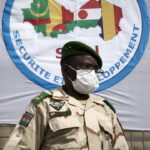 Revealing Motives: Mali’s Withdrawal from the G5 Sahel
Next Article 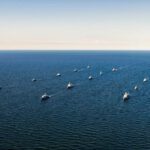 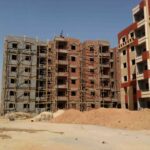 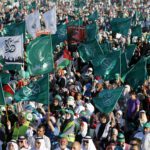