There is growing recognition in the West that playing the political Islam card has an enormous cost to the West itself, especially with the escalation of the recruitment of Muslim Europeans through the Internet and the significant increase of the “lone wolf” phenomenon — members recruited to carry out terrorist operations in Europe without having previous organizational relations with extremist or fundamentalist groups.

However, the developments in the past decade put the Brotherhood groups in Europe in a weaker position, structurally and financially. The shift towards violent political radicalism, the West’s growing fears of religious extremism, the recruitment of radicals and the terrorist operations that shook Europe over the last few years weaken political Islam groups, foremost among which is the Brotherhood in the West, due to reducing the contact between them, decreasing support politically and drying up the funding sources gradually.

A number of official UK documents have been published throughout the past decade, which show the roots of the relationship between the Brotherhood and the UK away from the different speculations and theories about this relationship. This is the first in a series of articles about the UK documents in an attempt to assess the complex relationship between the Brotherhood and the West in general and the UK in particular.

The Brotherhood has a long history in the West. Many UK archives and documents and US government documents released periodically have helped to shed more light on the history of relations between the Muslim Brotherhood and Britain in particular and the West in general.

Although there are many political books that dealt with the issue of the Brotherhood’s existence in the West, there are not many academic works on the roots of this relationship and its impact in light of studying and screening the available UK and US government documents, due to the fact that those works mainly depend on UK, US and European secret government documents that are yet to be released.

There is no doubt that the Arab Spring events, that made the Muslim Brotherhood at the forefront of the political scene in several Arab countries, including Egypt, Tunisia, Libya and Sudan, urged more researchers to go back to the secret documents and papers of the UK, US and European archives to try to understand the complex and intertwining relationship between the Brotherhood and the West.

These books include “The Muslim Brotherhood and the West: A History of Enmity and Engagement” issued by Harvard University Press. The author of the book, Dr. Martyn Frampton, a History Professor at Queen Mary University of London, has relied on a massive amount of secret documents, files and reports, some of which are revealed for the first time in his book.

The duality of British view of the Brotherhood: A classic stance

Frampton said that this contradiction appeared from the beginning, namely in the 1930s and 1940s, between the negative view of the West on the Brotherhood due to its ideology, described as “obscurantist”, “closed-minded” and “xenophobic” by the British diplomats in Cairo in their secret diplomatic correspondence to London, and the communication with the Brotherhood to achieve political interests, mostly those associated with weakening civil democratic movements, parties and figures combating the British occupation of Egypt.

According to UK documents, the Brotherhood did not receive the attention of Britain at first. But this began to change in the early 1930s, when the organization shifted its attention towards the political agenda and its founder Hassan El-Banna moved to Cairo in 1932, when the organizational structure of the movement was strengthened.

By the end of the 1930s, the Brotherhood was no longer a preaching organization, but rather a paramilitary political organization. In April 1936, Sir Miles Lampson, High Commissioner for Egypt, sent a telegram to London containing a report from the Egyptian Ministry of Interior. That report gave details about a tea party held by a branch of the “Muslim Brotherhood Association” on the occasion of a visit by a large delegation of a Syrian charity.

Most of the attendees (about 200 people) were students from King Fouad I University and Al-Azhar University, and were described in the report as “extremist youth”. The author of the report expressed concern that over time the Brotherhood will create a “reckless and inattentive generation”.

A little over a month after the issuance of the note, the British Embassy in Cairo sent another report to London collected by the Egyptian public security director and focused only on the Brotherhood, pointing out the growing concern from the Brotherhood.

In direct reference to the Brotherhood, Sir Lampson noted that Egypt witnessed an increase in the Islamic associations with obscurantist programs, calling for the revival of the Middle Ages demands of Islamizing the judicial and administrative structure of the state. In Lampson’s assessment: “No good can come from these movements”.

The Brotherhood is a “political player” in the accounts of the British authority:

Britain developed a growing interest in the Brotherhood as the organization was getting more involved in political affairs. At this point, Hassan El-Banna built up a good relationship with Ali Maher Pasha, the “strongman” in the Egyptian politics and also known as the “Man of Crises”, who appeared after 1937 as a person with a strong influence on the young King Farouk. Ali Maher Pasha was the chief of the royal cabinet (Diwan) and strove to return to the position of Prime Minister (after he briefly served in that position in 1936).

The strange and flourishing relationship between Ali Maher Pasha and the Brotherhood was a clear cause for concern to Britain. Officials in the palace provided the Brotherhood with financial assistance and political encouragement in an effort to restrain the Wafd Party and hit the parliament and multi-party system that were not “Islamic” for the Brotherhood.

Although El-Banna denied any secret relationships with the palace’s elites or receiving any funds or assistance from them, that denial is inconsistent with many documents that have been disclosed in the UK archive. Frampton has monitored those relationships and funds in the Brotherhood’s acceptance of a huge donation by the Suez Canal Company, which helped the Brotherhood to build its first mosque in Ismailia. The Brotherhood also received a funding from the Ministry of Social Affairs for its work in the field of social care. Moreover, there were reports that the Brotherhood received funds from foreign powers, including Italy, Germany and Britain.

Frampton said that “the fact is that El-Banna was quite ready to cooperate with the social and political elites and get their support for the Brotherhood, both at the domestic level and at the national level. He was always seeking to avoid antagonizing local dignitaries. The Brotherhood was also keen on asserting loyalty to the King, and established permanent relations with the members of the Egyptian upper class such as Ali Maher Pasha. In view of the above, El-Banna has revealed his preference for political pragmatism that helped him to strengthen his influence on a national level. In addition, the Brotherhood was increasingly seen as a power that cannot be ignored”.

In the second half of the 1930s, concerns about the Brotherhood and its actions were on the rise. From the British perspective, the rise of the Brotherhood was associated with the deteriorating political and social environment in Egypt; the movement was seen as a danger to their interests. However, not all were convinced that the Brotherhood cannot be reasoned with.

Early in 1940, the most pressing question raised by the British officials in Cairo was whether the Egyptian government, headed by Ali Maher, can be trusted.

Maher suggested that Cairo becomes an “Open City” to be protected from the horrors of the Second World War, but this did not lessen London’s concern about the sympathy of the palace and government with Italians.

By June 1940, Lampson, UK Ambassador, ran out of patience with Ali Maher. According to Lampson’s assessment, Maher was “uncooperative, unreliable and two-faced” and represented a real threat to Britain.

Lampson went to King Farouk and insisted on dismissing Ali Maher and appointing a new government headed by Wafd leader Mostafa El-Nahhas. But King Farouk asked Hassan Sabry Pasha, an independent politician, to form a ministry instead of asking El-Nahhas. Lampson immediately realized that the appointment of Sabry, who “had no political support in the country”, makes Britain totally dependent on the palace and the king. This tense situation continued until the end of 1940, when Sabry Pasha was replaced by Hussein Serry Pasha whose appointment was seen as an “encouraging step”.

During the first year of the war, the palace failed to take action against the Brotherhood (the trump card against Wafd Oarty and other political parties); thus, some British officials started experimenting with alternatives, including financial incentives, to eliminate the threat posed by the Brotherhood.

Frampton said that Richard Mitchell, a professor of Middle East History at the University of Michigan, in turn stated that the Brotherhood’s leaders at that time admitted the meetings and discussions took place with the British officials, but they said that the initiative to open channels of understanding was launched by London that tried to “buy” the Brotherhood via Heyworth-Dunne’s mediation.

Frampton also reviewed another source of information on the funds that were received by the Brotherhood from Britain. That source is American Journalist John Roy Carlson who travelled to Egypt, Palestine and Syria, and published a long report on his journey entitled “From Cairo to Damascus” in which he narrated a confirmation to the story through Ahmed El-Sokkary’s testimony. El-Sokkary confirmed to Carlson that Heyworth-Dunne participated in the meeting between the Brotherhood and Britain during the war.

According to El-Sokkary’s story to Carlson, Brigadier-General Clayton visited the headquarters of the Muslim Brotherhood in Al-Helmiya Al-Gedida, Cairo, in 1940, incited by Heyworth-Dunne. During the meeting, Clayton told El-Banna and El-Sokkary that Britain desires to have “friends instead of enemies amidst the Muslim Brotherhood”.

Heyworth-Dunne and Major Godwin had dinner with the Brotherhood’s leaders. According to El-Sokkary, the peak of this rapprochement came in November 1940 when Heyworth-Dunne visited El-Sokkary at his home and spoke in Arabic and offered him an amount of EGP 20,000 to “assist the Brotherhood in its work in return for supporting Britain”. El-Sokkary said that he refused the offer, but then El-Banna accepted EGP 10,000 from Britain.

Frampton concluded that the readiness to make this deal with Britain is “consistent with the past of Hassan El-Banna and his subsequent practices. He was working pragmatically, especially when it comes to building relationships and providing financial support for his movement. During the formative period of the Brotherhood, El-Banna received funds from the Suez Canal Company and probably received funding from Germany. He also made an alliance with Ali Maher, the “strongman of the palace”.

Frampton continued that “With this background, it would not be a surprise whether El-Banna was ready to accept funds from Britain. Perhaps most importantly is the fact that the British authorities were ready to provide such financial inducements. That situation, beside similar facts from the Young Egypt Party, revealed the approach taken by Britain during the war. The essence of such approach was the belief that each organization or person can ultimately be subjected, regardless of the extent of public hostility towards Britain”.

In any event, those were the first introductions to the complex, secret relationships between the Brotherhood and Britain. In a later stage, interests would overlap. 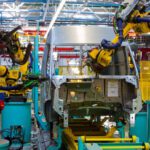 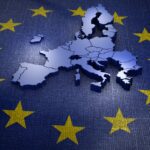 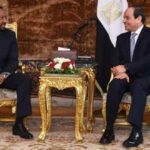 Egypt, Ethiopia Discord over the Nile