When presenting the Grand Ethiopian Renaissance Dam (GERD) crisis with Egypt and Sudan,
Ethiopian media highlights the unity of all ethnic groups and their support for the construction of
the dam. This is a fallacy. Many groups in Ethiopia oppose the project.
It is difficult to trace methodically the voices that have been expressing their opposition since
2011 for three reasons. The first is that many of these voices that live in Ethiopia, not abroad,
express their opposition in the Amharic or other Ethiopian languages. The second is that
consecutive Ethiopian governments have been keen to exercise utter control over the media
through their different tools. The third is that only 18 per cent of Ethiopians are connected to the
Internet, according to World Bank data. Furthermore, the governments of Prime Minister Abiy
Ahmed and his predecessor Hailemariam Desalegn have repeatedly cut off the Internet in the
country whenever political tensions arose.
It is worth noting this paper primarily traces the content of the Ethiopian criticism of the GERD,
and not the percentage of its supporters or opponents. The latter is an impossible mission for a
country that couldn’t conduct a national census for more than 13 years, nor credible polls, in
light of the deep cultural and linguistic divisions that further reinforce the existing sharp political
divisions.
These critical Ethiopian criticisms, regardless of their popularity, are proof enough of the
fallacious arguments included in the Ethiopian media discourse over GERD which claim that the
dam is a “national project” that all Ethiopians approved its usefulness, its method of execution,
and its direct and indirect financial cost, and that may cause animosity with Egypt and Sudan.

First: Denunciation of local communities in the GERD region

The GERD is located in Benishangul, an Ethiopian regional state, with Assosa as its capital, that
was created following the adoption of the 1995 constitution. Formerly known as Region 6, the
area faces major challenges to economic development.
The ethnic groups in Benishangul include the Berta (25.9 per cent), the Gumuz (21.11 per cent),
the Amhara (21.25 per cent), the Oromo (13.32 per cent), the Shinasha (7.59 per cent), and the
Maw (1.9 per cent).
Muslims and Orthodox Christians comprise 45.4 per cent and 33 per cent, respectively, of the
region’s population. Some 13.5 per cent are Protestants, and 7.1 per cent believe in local
African religions. These groups reject the construction of the GERD in their region because the
building process led to the confiscation of their agricultural lands and their forced displacement
without compensation. Their migration resulted in them losing their only source for livelihood,
which came from agriculture.
In November 2012, the Benishangul People’s Liberation Movement announced its rejection of
the Ethiopian government’s efforts to build the Renaissance Dam in its region, saying the
project is draining the region’s various resources from which the locals don’t benefit. The
movement pointed out the project will lead to the displacement of nearly 50,000 people from the
communities living around the construction site.
On 9 May 2014 the movement launched an armed attack that resulted in the death of nine
Ethiopian soldiers. The Benishangul People’s Liberation Movement announced its responsibility
for the attack, saying it was resisting what it described as the Ethiopian occupation of the region.

The movement, moreover, declared its rejection of the building of the GERD, stating that it will
destroy the region.
There is evidence of this mounting criticism in many sources. For example, the Free
Benishangul account on Twitter published a number of tweets attacking the dam, among which
are:

Second: Criticizing corruption and the mismanagement of the GERD file

Generally, Ethiopians criticized their successive governments, particularly that of Abiy Ahmed,
for the mismanagement of the Renaissance Dam file at the construction and negotiation levels
as well as the massive corruption that overshadows the GERD management since 2011.
The English-language account of Ethiopia2day published a document accusing Prime Minister
Abiy Ahmed of appointing his brother-in-law Alemayehu G. Mariam as head of the Ethiopian
Diaspora Trust Fund to support the construction of the GERD. The account mentioned that the
decision held a discrepancy in that Mariam was a staunch proponent of the GERD from the very
beginning and then he turned to support the building of the dam before Abiy Ahmed gave him
the task of providing financial support for it.
Countless Ethiopian voices oppose the method Ethiopia adopts in its negotiations with Egypt
and Sudan, with some of them saying “resolving the conflict over the Blue Nile water between
Egypt and Ethiopia will not take place without encouraging and facilitating investments between

the two countries and the contribution in energy generation in Ethiopia to end the current
shortage, which will allow the filling of the dam very slowly.”
Political activist Gebrehiwot Belay explained that Prime Minister Abiy Ahmed is using the “It’s
My Dam” campaign to cover up his failure and achieve his aspirations of becoming the seventh
king of Ethiopia. Belay wondered whether Ahmed’s priority should be the River Nile or saving
his country from disintegration.
Abraham Asefa wrote that “the main problem is that the prime minister is a child and a prophet
at the same time. After 27 dark years of looting and corruption during the GERD construction
comes the messing with the dam file and engaging in negotiations sponsored by the US and the
World Bank to create a brouhaha to cover up for the ensuing chaos that would allow putting off
elections indefinitely, and to end up in chaos and power-grabbing.”
Professor Muse Tegegne tweeted that “the GERD project is marred by corruption and
incompetence in the overall disaster,” while Ztseat Save Adna, MD wrote that the majority of the
Ethiopians participating with the hashtags FillTheDam and It’sMyDam had stood in opposition of
the dam two years ago. Many of them said at the time the dam’s target is to harm Egypt and
bears no benefits for Ethiopia in a sign of the excessive politicization of the GERD on the part of
successive Ethiopian governments.
Civil society activist Ephrem Madebo wrote on his account he believes that not even 80 per cent
of the project which was planned to be finished five years ago was completed. The dam is
nothing because it was being used as a milking cow for the Tigray Liberation Front, he added.
Political researcher Rashid Abdi explained that the meeting of African leaders on the
Renaissance Dam did not change anything, as the “penetration” was completely misleading,
pointing to the use of the project at the present time by the Amhara group to regain control of
the wealth and power in the country at the expense of other groups, on top of which is the
Oromo.
Political activist Zega Ras-Work pointed out that “the poorly built dam could bear catastrophic
economic, environmental and humanitarian repercussions. I believe if Egypt and Ethiopia
agreed to work together on the building of the dam, with the help of the international community,
the project will bear positive returns.”
In the end, these Ethiopian viewpoints assure two key facts that should be focused upon in this
complicated situation. The first is that the Ethiopian government’s claim that the GERD is a
national project that has won the support of all Ethiopians is merely a part of the misleading
media discourse adopted by the government of Abiy Ahmed since his rise to the helm in April 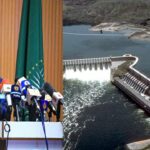 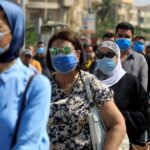 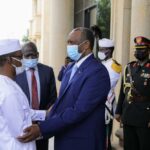 Renewed Crisis: Why did border tensions between Sudan and Ethiopia flare recently? 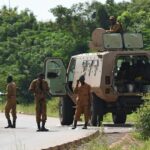