Over the recent years, Egypt has been working to diversify its energy mix basket, particularly with renewable and clean energy sources, which placed Egypt at the forefront of renewable energy in the region. Currently, the country is trying to open a new door for investments in green hydrogen, which is considered a promising zero-emission alternative fuel if related challenges are overcome.

In this vein, the Egyptian government has signed a memorandum of understanding (MoU) with Indian energy producer ReNew Power to build a green hydrogen production facility for $8 billion at the Suez Canal Economic Zone.

What is Green Hydrogen?

Theoretically, green hydrogen does not require costly infrastructure, as it can be transported through natural gas pipelines. This process is not without challenges, though, with pipelines requiring modifications to be repurposed to transport hydrogen. In France, a pilot program mixed hydrogen into the gas grid of 100 homes. Natural gas-fired power plants can be converted to burn hydrogen to provide backup power during high-demand periods.

Green hydrogen is used in transportation, heating, and the natural gas industry. It can also be used to produce green ammonia. In the transportation sector, hydrogen can be used as a fuel for internal combustion engines. Cars are not the only vehicles that use hydrogen-powered fuel. Hydrogen-powered fuel trucks are also being designed. Currently, Airbus is in the process of designing hydrogen-powered aircraft, with the first zero-carbon commercial jet planned to come into service by 2035. That said, hydrogen isn’t expected to be widely used in aircraft before 2050.

Beyond this, hydrogen can be used for cooking and heating households. Hydrogen has been proposed as an alternative to power most UK homes by 2050. Additionally, the British government plans to launch pilot projects to show how hydrogen can power areas housing hundreds of homes.

Green hydrogen is also used to produce green ammonia, i.e. the key component of fertilizer production. In 2021, the Hydrogen Council stated that the cost of green ammonia would be competitive with conventionally produced ammonia by 2030.

One challenge of using green hydrogen is its high production cost, which explains its reduced use. However, the hydrogen market is expected to grow, with the production cost of hydrogen projected to drop from $6 per kilogram in 2015 to around $2per kilogram by 2025. If this happens, this would mark as a turning point that would cause green hydrogen to be competitive with other fuel sources. The European Bank for Reconstruction and Development (EBRD) is holding discussions with hydrogen developers on funding green hydrogen projects. In the initial phase, funds and concessional grants should be raised for hydrogen to become commercially viable.

Siemens has also developed offshore wind turbines that have been equipped for the hydrogen mix, aiming at increasing green hydrogen production. In 2020, major European companies also announced plans to convert their truck fleets to hydrogen fuel.  As of the same year, the global hydrogen market was valued at $900 million, and it’s expected to jump by 10 percent by 2030, before reaching $300 billion by 2050. Later, investment opportunities have emerged in the hydrogen market, in 2021, to increase to 121 gigawatts through 136 projects.

The agreement signed between the Egyptian government and ReNew Power comes as one of several steps Egypt is taking to diversify its renewable energy mix. ReNew Power is a renewable energy producer based in Gurgaon, India. The company has reached an agreement with the Egyptian Electricity Transmission Company (EETC), the General Authority for the Suez Canal Economic Zone, the Sovereign Fund of Egypt, and the New and Renewable Energy Authority to build a green hydrogen project in Egypt’s Suez Canal Economic Zone.

Pursuant to the agreement, ReNew Power will build units capable of converting electricity to hydrogen and its derivatives. The facility will be located in the coastal city of ain Sukhna in Suez Governorate, with a production capacity of 1.32 million tons per year. This will make it one of the largest green hydrogen plants in Egypt. By implementing this project, ReNew Power will also become the eighth clean energy producer, to produce green hydrogen in the Gulf of Suez in Egypt.

Egypt is on par with other countries in terms of its readiness to launch green hydrogen projects. It enjoys several advantages in this sector thanks to its cheap renewable sources. The government directed the renewable energy companies of the private sector to direct all the energy they generate to hydrogen and green desalination projects, which gives Egypt a competitive advantage.

Over the past eight years, the country introduced several laws and measures that provided incentives for the private sector to promote the production of renewable energy. For example, the government has recently expanded the scope of the 2017 Investment Law, offering companies working on the production, storage, and export of green hydrogen and green ammonia a 30-50 percent deduction of their investment costs from tax bills and enabling them to pay a flat 2 percent customs rate on imported machinery, and benefit from a five-year exemption from stamp duty and notary fees on certain expenses

The government can also capitalize on its position as a major global fertilizer supplier, by switching its existing customers to ammonia made with green hydrogen, a step is could be consistent with the goals of many countries, such as the European Union, to reduce emissions and meet international standards.

Egypt needs to develop procedures that ensure easier participatory solutions for the public and private sectors and uncomplicated allocation of lands for that purpose, with the aim of improving the competitive pricing opportunities for electricity generated from green hydrogen projects. Additionally, Egypt can take advantage of the upcoming COP27 climate conference, which will be held in Sharm El-Sheikh in November, to remove export barriers and call for facilitating the adoption of green products by the European Union and opening greater export routes to it. 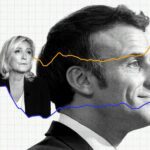 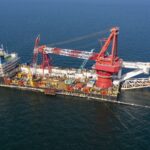 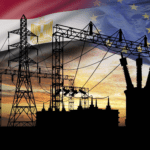 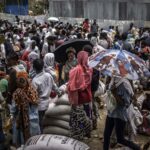