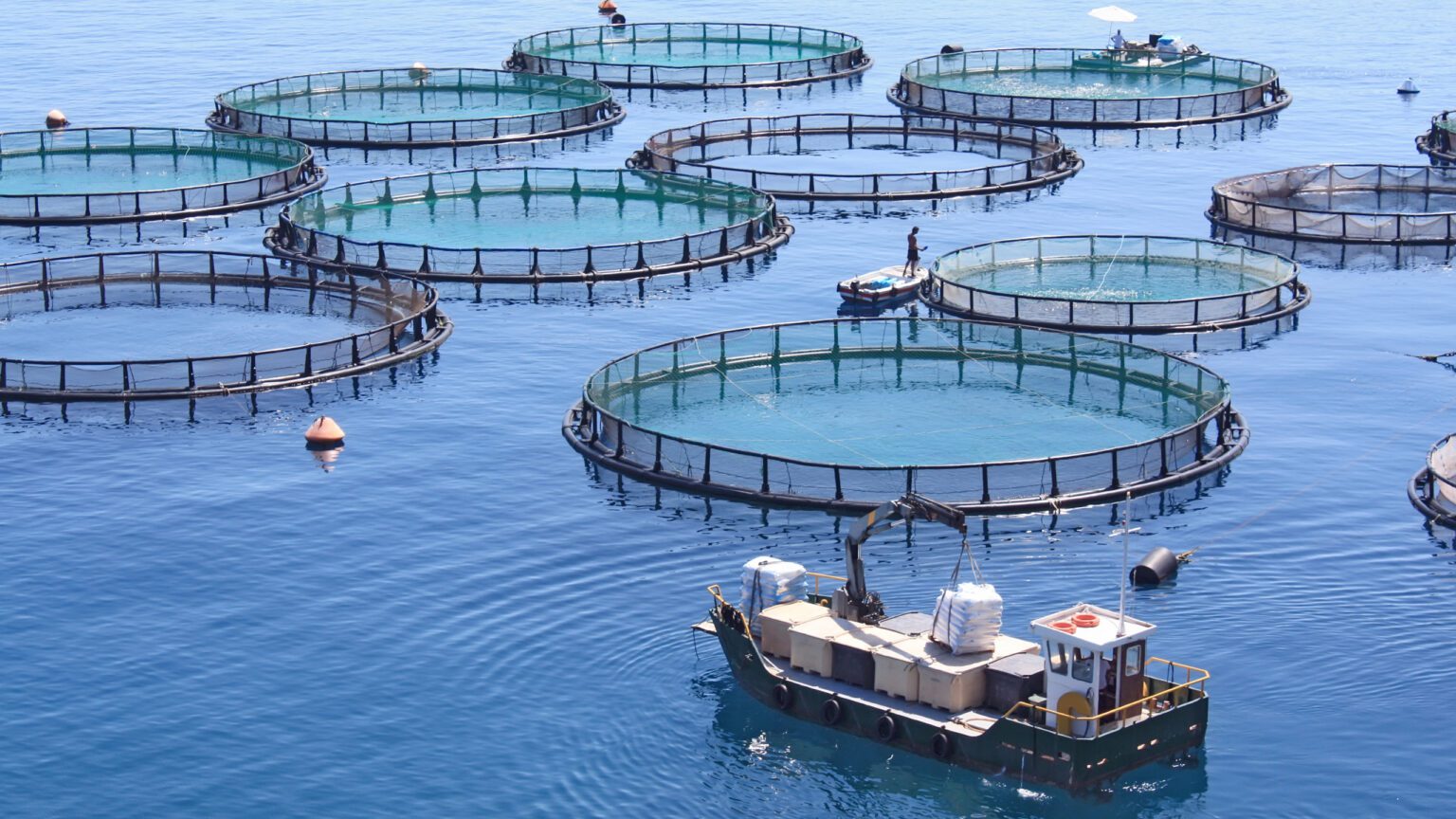 Economy and the environment are inextricably intertwined. Their connection to each other is evident in the United Nations 2030 Agenda and Sustainable Development Goals (SDG) that combine the economic, environmental, and social aspects together.

SDG 14 pertains to conserving and sustainably using the oceans, seas, and marine resources. This goal is connected to the notion of “blue economy”, first introduced in 1990 by Belgian economist Gunter Pauli. The blue economy encompasses all water resources, including seas and oceans, and their management in a way that ensures biodiversity while achieving the water resources-related economic and social goals, such as promoting sustainable fishing, achieving food self-sufficiency, eliminating poverty and hunger, providing job opportunities, generating hydroelectric power, extracting raw materials from the seas, carrying out mining activities in the seas and oceans, and developing marine tourism.

The Blue Economy: Concept and Significance

According to the World Bank, the blue economy is “the sustainable use of ocean resources for economic growth, improved livelihoods, and jobs while preserving the health of ocean ecosystem”. It affects human activities such as fisheries, transportation, renewable energy, waste management, climate change, and tourism.

The significance of the blue economy stems from the fact that water bodies cover three quarters of the Earth’s surface. Further, 50-80 percent of all life on Earth is found underwater. Most notably, the blue economy is particularly vital for small island developing states (SIDS) and less developed coastal countries, as well as some the developed countries such as Japan, which would have suffered food insecurity if it had not been for its large fishing fleet.

The UN data indicates that the global value of water resources-based economic activities is estimated at $3-6 trillion annually, a figure that goes as high as $24 trillion, according to other estimates. Data from the World Bank suggests that the blue economy generates about $83 billion for the global economy annually, subject to increase. In the same vein, the European Union expects the blue economy to grow faster than other economies, with the potential of it doubling by 2030.

These activities account for a significant share of gross world product (GWP). For instance, the fishing sector contributes about $270 billion annually to the GWP, is a major source of economic and food security for more than 300 million people, and provides about 350 million jobs worldwide. Taking fishing services and complementary industries into account, the global employment size of the sector could reach 660-820 million people. According to the Food and Agriculture Organization (FAO), women hold 25 percent of these jobs.

As for the mining and extraction sector, we find that many resources are extracted from the seas, including a considerable number of precious metals and petroleum products. Estimates indicate that 34 percent of the total crude oil production is extracted from offshore fields. Further, marine tourism accounts for 5 percent of the GWP and provides job opportunities for about 6-7 percent of the global workforce.

On the other hand, the blue biotechnology sector covers medical products and pharmaceuticals that are produced from materials extracted from the sea. It also comprises renewable marine energy, including wind, solar, tidal, and biomass energy, accounting for about 22 percent of global energy.

Concerning the Egyptian economy, Egypt has about 4,000 km of beaches on the Red and Mediterranean Seas, the Suez Canal, the Nile River and a number of lakes. These water bodies enable building economic activities associated with the blue economy.

At the fishing and fish farming level, Egypt has the necessary elements for the development of fisheries, starting from the abundance of land, water, and human resources. In addition, Egypt has expanded in the fish food industry to attract private investments to this sector. In 2019, the private sector contributed about 99 percent of the fish sector production and 90 percent of the fish food production in 2019.

Egypt aspires to become a global hub for trade and logistics by increasing the number of ports and transforming them into logistic areas that help in carrying out the loading, unloading, packaging, re-exporting activities, manufacturing and maintaining ships, financing heavy and light marine industries, and linking seaports with dry ports and logistic centers. A port development strategy was also developed that involved the mechanization of logistics services, which resulted in reducing the customs release time to 50 percent. At large, the cost of the port development plan is estimated at about EGP115.6 billion.

Relatedly, Egypt has expanded its oil extraction and exploration activities on the coasts of the Mediterranean. In this respect, the State worked to create a favorable environment for exploration operations by signing border demarcation agreements between Egypt and Saudi Arabia on the eastern side of the Red Sea and Greece and Cyprus on the northern side. This resulted in the discovery of the largest gas field in the Egyptian exclusive economic zone (EEZ), with reserves of about 30 trillion cubic feet of gas. This led to attracting many international companies to carry out exploration activities. In 2019, the State launched several international bids aimed at searching for oil, mineral, and natural gas resources. These tenders are the first of their kind relating to natural resources of the Red Sea.

Risks for the Blue Economy and Sustainable Development

Notwithstanding the significance of the blue economy, its implementation faces a significant number of risks and challenges. A considerable proportion of these risks are linked to the economic activities. For example, climate change is related to industrial activity that pollutes the environment and there is a linkage between overfishing and unsustainable fishing activities and the loss of biodiversity, which threatens food security. Additionally, transport and shipping activities and marine and coastal tourism result in marine pollution, which threaten aquatic life.

Notably, the blue economy is of considerable importance for Africa. In the Africa Agenda 2063, the blue economy is described as a window to achieve the African renaissance. However, conflicts and disputes over seas and rivers between African countries pose an obstacle to achieving the desired goal. In this respect, Egypt’s demarcation of maritime and water borders can be taken advantage of to prevent conflicts, enhance benefits, advance growth and achieve development.

Towards achieving sustainable development, the blue economy should be managed in a way that ensures the preservation of economic and social rights for future generations, including achieving food security, eradicating poverty, improving the standard of living, improving income, providing job opportunities and safety, and achieving sustainable health, security, and political development. There is also a need to preserve all elements of the ecosystem, relying on clean technology and renewable energy sources, using environmentally friendly products, and managing waste effectively.

The expansion in the blue bonds is also necessary for developing sustainable economic activities related to the blue economy. Similar to the green bonds meant to finance the economic activities that have a positive environmental impact, blue bonds focus on economic activities related to the sustainable exploitation of the blue economy resources. Blue bonds were first issued in 2018 in Seychelles, in association with the World Bank, with the aim of supporting sustainable marine projects, fish farms, and fisheries, where $15 million were raised from international investors. As blue bonds are now popular in Asia, they may prove effective to the economies of the Middle East region, particularly the Egyptian economy, given the availability of diversified blue investment opportunities. 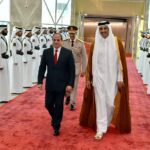 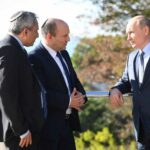 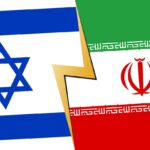 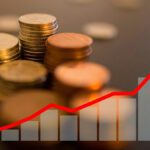