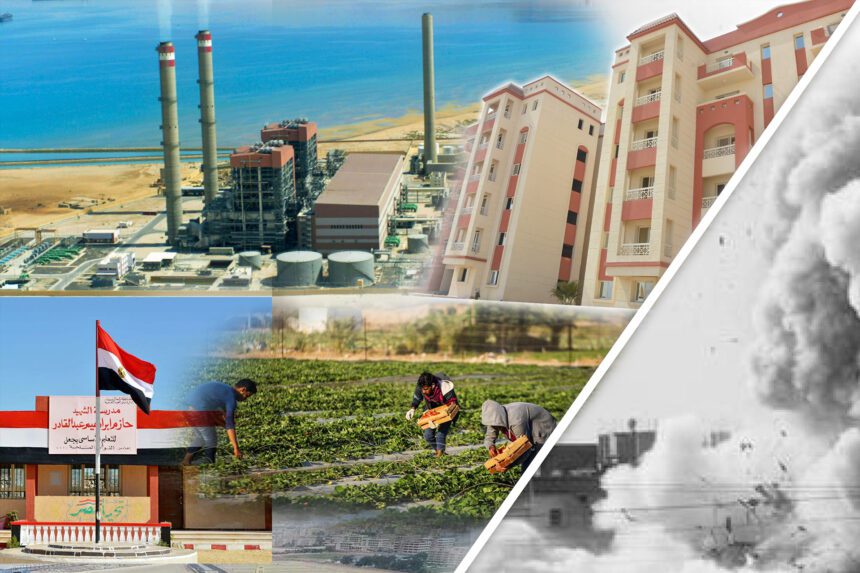 Egypt has been in a continuous battle against terrorism since September 2015, when the two phases of Operation Martyr’s Right was launched. In February 2018, Egypt embarked on Comprehensive Operation Sinai. Despite the national and regional complications, the Egyptian state adopted a course that was in line with human rights and international law principles and regulations.

1-Combating terrorism in a complicated environment amid dangerous shifts

There are many factors concerning Sinai’s security environment, including:

– Prior to the outbreak of the current wave of terrorism in Sinai, which began in the wake of the 25 January 2011 Revolution, the security situation in Sinai was fraught with many threats, perhaps the most prominent of which was the presence of hundreds of border tunnels with the Gaza Strip, which constituted a tributary to threaten the Egyptian national security, given the ability of terrorist and criminal elements to infiltrate from the Gaza Strip into Sinai through these tunnels.

– The nature of the “limited” Egyptian security presence in Sinai for decades has allowed an environment of chaos to develop, which has in turn formed other types of security threats, particularly illegal activities such as arms and drug trades and smuggling. Later, these became the pillars of the phenomenon of terrorism, where terrorist organizations allied themselves with smuggling networks, organized crime gangs and illegal trade groups.

– After 2011, Sinai witnessed a change in the traditional structure of society, in which tribalism, with its known traditions, constituted the active social pattern in managing social lifestyles. The changes Sinai witnessed with the overthrow of the previous regime and the deterioration of the security system led to the surfacing of new players that imposed changes of social interests on the expense of the traditional social formula. These new groups focused on their alliances and interests, regardless, and sometimes in opposition to, the public interests and traditions established in the community.

– The repercussions of the comprehensive developments in Sinai contributed to the emergence of violent extremist organizations which were formed in two phases. The first phase was from 2011 to 2014. These organizations adopted the Islamic State doctrine. Jihadi doctrines adopted from Palestinian organizations also started to have a voice in the peninsula. Other groups, connected to local organizations with a radical and extremist inclination, tended to be violent and to bear arms. Driven by regional shifts, the majority of these organizations, however, adopted a different approach in 2014 and became more violent.

– The regional situation, particularly in neighboring countries, contributed to the thriving of terrorist groups to a great extent. Egypt’s borders with its neighboring countries became a source of threat, such as the case with the eastern border with the Gaza Strip, and the repercussions of the difficult security conditions in Libya, which witnessed the growth of terrorist organizations focusing their attacks on Egypt. That is in addition to the borders with other countries the nature of which are extremely complicated from the topographical aspect as well.

– The political and security conditions Egypt experienced until the launch of an organized program to combat terrorism in Sinai constituted an obstacle to confronting the rise of terrorism. This was manifested in the numerous terrorist attacks on Egyptian security forces and Sinai residents, in addition to the attack on Al-Rawda Mosque, which was one of the worst terrorist operations Egypt had to endure in its modern history. The aim of that attack was to oblige society to obey the orders of terrorist groups.

Despite the unprecedented violence of terrorist attacks on the Egyptian arena and their extension to larger and more complicated environments, Egypt appeared to adopt a method that was different than in other countries. The method can be explained as follows:

The most obvious of these threats is the nature of the combat scene. Sinai’s border with the Palestinians is not tightly controlled, which could threaten international navigation in the Suez Canal. The tunnels, however, are the more serious threat. The state adopted more than one path to counter these threats, such as:

– Tightening control over the eastern border: This was done through establishing a buffer zone for national security reasons. Residents of the border strip were evacuated to close the tunnels and to deal with their threats without endangering the lives of residents. This method was adopted by many countries that were facing threats on its borders, such as Saudi Arabia, that transported tens of villagers from its southern borders with Yemen to secure their lives.

– Fixing damages: Here Egypt adopted the principles and regulations of international law and human rights, such as:

* Relocating residents gradually after giving them a prior notice and helping residents relocate to a decent place. It was the municipal authorities that informed the residents they needed to evacuate.

* The state paid a total of EGP 1.5 billion in financial compensation to the relocating residents, after each case was individually studied. The compensations were given out based on whether the residents were house owners or tenants and whether they had a farm, a house, or both.

It can be noticed that the state established the buffer zone in Sinai taking into consideration:

– Committing to Article 63 of the Egyptian constitution which prohibits forced evacuation. Legally, what happened in Sinai was a relocation necessitated for national security reasons to tighten security on the border.

– Egypt didn’t change the demographic composition of the area, nor did it replace its residents with other inhabitants. The reality on the ground confirms that the buffer zone was created to halt the threats that resulted from the infiltration of Egypt’s borders and widening the network of tunnels under its borders that were connected to a number of houses in the area.

– The area was already dangerous to its inhabitants. During the wars witnessed in the Gaza Strip, the lives of many residents were endangered and on many occasions the borders were infiltrated.

– The state provided residents of the buffer zone with alternative means to live safely away from the security operations and the constructions conducted to tighten security over the borders.

B- Egypt’s fight against terrorism is a special case

It is well known that Sinai was one of the areas that suffered from difficult economic conditions, where development was stalled for decades. This was one of the logistical factors for the growth of terrorist groups, illegal trafficking, smuggling networks and organized crime. There is also the factor of the expansion of regional terrorist networks. However, Egypt was careful during its operations against terrorists, even with the area’s inhabitants being one of the problems encountering it.

This was affirmed by the head of state and a number of military leaders. They said they could have evacuated Sinai’s residents to target the terrorist organizations, but they didn’t do that, and they exercised the highest degree of self-control.

There are multiple indicators that prove that Egypt’s fight against terrorism is a special case, such as:

– Fighting terrorism and developing the peninsula simultaneously: The state is moving ahead with its war against terrorism in tandem with effecting the plan of development. Combating terrorism didn’t stop Egypt from establishing the largest infrastructure network in Sinai’s history at the cost of EGP 250 billion. Maybe some restrictions caused a slowdown in a number of construction operations but they were not cancelled.

– There are continuous efforts to seize illegal activities. This is done by fighting crimes, reducing the recruitment of criminals in terrorist groups, and closing the smuggling outlets that allow terrorists to infiltrate Egypt’s borders.

– In some cases, Sinai residents were apprehended during security checks. However, according to numerous official reports, most of them were released. Sinai citizens who sustained damages from the violence that resulted from terrorist activities, or from unintentional errors during the combating terrorists, were compensated.

– As much as it could and with the tightest of security arrangements to ensure their safety, the state allowed domestic and international media outlets in Sinai. This writer was among the journalists who attended a part of Comprehensive Operation Sinai during his stay in the peninsula for two weeks to follow up on developments on the ground. Tens of media reports were published on the subject.

There are exceptional circumstances that forced the Egyptian state to operate based on security reasons in Sinai. The state worked to deal with the repercussions, but never did these circumstances lead the country to operate outside the boundaries of international law and human rights.

In fact, Egypt’s fight against terrorism is a special case because it combated terrorism in tandem with development operations, which added to the country’s economic burdens which the state shouldered, be it in infrastructure operations, economic development or compensations. The state looked at that burden as part of a comprehensive plan to improve the security and social conditions of Sinai.

The fight against terrorism is a long-term operation in light of its evolution as a phenomenon and the difficulty of completely rooting it out. The war against terrorism cannot succeed if there was not a strong state that enforces security networks that can limit terrorist operations and protect the people from being recruited by terrorist groups.

– There is an urgent need to accelerate the development of areas damaged from terrorist operations. Although this adds to the burdens of the state, it is important to quickly build the models specific to the Sinai environment.

– Fixing the damages should not be limited to protection, solidarity and compensation. There is a need to establish programs that can embrace and rehabilitate the cases that suffered direct violence from terrorist organizations.

– Local rights groups in Sinai are playing a role there, but the need still arises for national organizations to be activated there since they have better access to many cases in the peninsula. 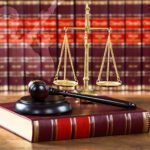 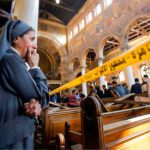 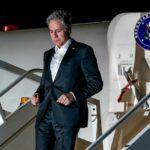 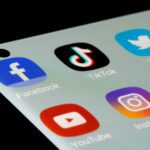 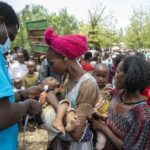 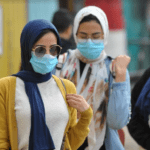