The mutual summoning of ambassadors by Tunisia and Morocco on 26 August against the backdrop of President Kais Saied’s receiving Polisario leader Brahim Ghali at the Tunis-Carthage Airport to participate in the Eighth Tokyo International Conference on African Development (TICAD8) and Rabat’s consequent cancellation of its participation in TICAD8 came to increase fissures in the Arab Maghreb Union and perpetuate polarization within the Maghreb circle.

Tunisia has long pursued the policy of appeasement on the Western Sahara dispute, considering it an internal affair. However, the official reception of Ghali and the subsequent meeting between President Saied and Ghali reflect Tunisia’s alignment with the Sahrawi Arab Democratic Republic, a position that would give rise to tensions in the Morocco-Tunisia relations, with the Western Sahara dispute considered the main driver for Moroccan diplomacy.

The shift in the Tunisian position on Western Sahara from positive neutrality since the 1970s to official alignment with the Polisario Front, evidenced by the reception of the Polisario leader Brahim Ghali by the Tunisian President, comes in a complex and interwoven context governed by divergent motives as follows:

The Tunisian-Moroccan diplomatic crisis has multiple consequences, reflected in the following:

In Africa, the tug-of-war and polarization outside the Moroccan circle has been amply demonstrated in Umaro Sissoco Embaló, President of Guinea-Bissau and the current chairman of the Economic Community of West African States (ECOWAS) leaving TICAD8, in protest against the participation of the Polisario Front in the summit, which reinforces the possibility of transition of alliances and rifts beyond North Africa.

Despite Morocco’s prior acceptance of the presence of a representative of the Polisario Front in the TICAD forum, Rabat is concerned about the development in the Tunisian-Algerian position which marks a paradigm shift, reflecting the diplomatic weight of Algeria, particularly in view of the deeply-rooted Tunisian-Algerian relations. Perhaps this will prolong the Tunisian-Moroccan tension and give rise to intensive visits and broader collaboration between Rabat and Nouakchott in an attempt to co-opt the latter to receive its support, which could give rise to polarization and tug-of-war that will reflect negatively on the interests of the Maghreb Union states, with other countries in the region (Israel, Iran, and Turkey) capitalizing on these rifts to establish foothold in the Maghreb.

The failure of the meeting of Arab foreign ministers to contain and address the Western Sahara crisis complicates the Morocco-Tunisia relations and dampens the prospect of addressing it in the upcoming Arab summit in Algeria. The coming period will likely witness more political and economic tensions between Morocco and Tunisia, with the Sahara dispute serving as the glasses through which Morocco views the world and the main criterion for measuring the nature of Moroccan relations with other countries of the world.

In short, the restoration of Tunisian-Moroccan relations is subject to broadening Algerian-Moroccan understanding. The announcement of the participation of the King of Morocco Mohammed VI in the upcoming Arab summit in Algeria may give rise to the resumption of Moroccan-Algerian relations and defuse the crisis between them, contributing to containing the crisis between Rabat and Tunis, provided that Moroccan-Algerian relations move on a positive path. 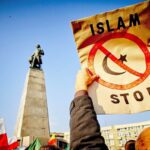 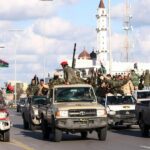 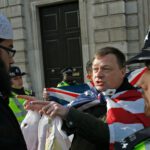 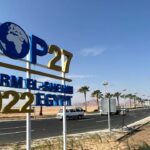