The Russo-Ukrainian war has provoked widespread economic crises at the macro and micro levels. The maritime transportation and freight sector stands as one of the sectors significantly affected by the Ukraine war, where the conflict exacerbated the supply chains disruptions that are hardly recovering from Covid-19 reverberations, destabilizing the global freight due to the unprecedented high freight prices brought about by price spikes of containers, oil, and fuel, the suspension of services of logistics companies, disruption of trade with Russia and Ukraine (i.e. the two key players in food and energy markets), and the bombardment of ships in the Black Sea.

Manifestations of the Crisis

Russia and Ukraine are key global suppliers of basic products (particularly food and energy commodities), with the two accounting for about 2.5 percent of global merchandise trade and 1.9 percent of GDP in 2021. As such, any disruption in the Black Sea region would severely affect the supply chains and the maritime freight sector, which takes up 80 percent of global trade. Below we touch on the prominent aspects of the maritime freight crisis.

• Suspension of Operations of Shipping Companies and Ports: At a very short notice, many countries around the world decided to block Russian ships from entering their ports, including Britain, Canada, Norway, Italy, and the United States, responding to Russia’s invasion of Ukraine. This step comes as one in a series of the extensive Western sanctions imposed on Moscow to force it to step back from its invasion.

Beyond that, eight shipping lines, including Maersk, FedEx, and Hapag-Lloyd, announced the suspension of freight operations to and from Russia due to its war on Ukraine, fearing that they would incur heavy losses during shipping operations, whereas the remaining shipping lines introduced a risk fee of about $1,200 on containers.

• Employment Crisis: According to a study by the Baltic and International Maritime Council (BIMCO), the freight industry has been suffering an employment crisis and a shortage of seafarers due to travel restrictions imposed by the pandemic. The study warned that the shortage in seafarers serving on merchant ships will pose more risks to global supply chains.

The employment crisis in the freight industry has exacerbated with the outbreak of the war between Moscow and Kiev, causing seafarers on the Ukrainian ships to be left marooned, particularly those  in coastal ports such as Mariupol and Odesa (the largest port for exporting grain in Ukraine), which further complicated freight transport operations in these areas. Together, Russia and Ukraine account for nearly 15 percent of the world’s seafarers amounting to 1.89 million. Worldwide, there are about 198,000 Russian seafarers, accounting for 4 percent of the world’s seafarers, whereas Ukrainian seafarers amount to 76,400.

• High Oil Prices: The geopolitical crisis between Moscow and Kiev has cast a shadow over the already high energy prices, amid the recovery of demand to pre-pandemic levels, due to the easing of Covid-19 precautionary measures and the return of life to normalcy as opposed to the limited supply and disruption of supply chains during the pandemic, which led to an increase in the prices of the West Texas Intermediate (WTI) and Brent crude, as shown in figure 1.

The above figure shows that WTI and Brent crude prices have risen since the beginning of this year, with Brent crude recording its highest-ever level over the review period at $117.25 a barrel, while WTI reached its highest levels last May at $109.55 a barrel.

The rise in oil prices will likely affect the freight industry through two paths, namely 1) the direct path, where the high freight and transportation costs affect the industry with energy considered an important input for the industry and 2) the indirect path, where freight companies pass on the increase in prices to consumers with varying degrees, which may exacerbate the inflationary wave that the world has been suffering since last year.

• The High Cost of Ship Insurance: The Ukraine war brought about an increase in the cost of the insurance on merchant ships passing through the Black Sea, which added to the cost of the shipment of goods, given the high risks these ships may be exposed to with the increased possibility of them being exposed to damage or burning due to the ongoing war in the region. Some shipping companies have raised the cost of insurance from 1 percent of the value of the goods to 10 percent. In this vein, insurance companies classified the Black Sea region, the Sea of ​​Azov, and the waters near Romania and Georgia, as high-risk areas.

According to the “domino effect” law, the above-mentioned factors will naturally have several reverberations on the global economy in general and the freight sector in particular, which can be detailed as follows:

• Sea Freight Cost Hike: Following the Russo-Ukrainian war, the global economy saw a rise in energy prices and insurance costs of shipping, an increase in restrictions on foreign trade, and a global shortage of shipping containers, let alone the closure of ports and the suspension of transport companies services to Russia and Ukraine, which forced the ships to alter their course, causing congestion and queuing of ships outside ports with waiting periods up to twenty days. These factors would cause global trade and freight costs to rise to unpredictable levels, which will ultimately raise the cost of sea freight as is shown in Figure 2.

Source: UNCTAD, based on data provided by Clarksons Research Shipping Intelligence Network as cited in the June 22 UNCTAD Report titled “Maritime Trade Disrupted: The war in Ukraine and its effects on maritime trade logistics”

As is indicated in Figure 2, global freight rates experienced a remarkable decline in the first quarter of the current year, to rise on a continuous basis in the second quarter following the outbreak of the war and the imposition of economic sanctions on global supply chains. Most likely, sea freight costs will continue to rise until the end of 2022, which will increase the prices of final goods sold to consumers. Take for example dry bulk cargo, e.g. grains, whose prices increased by 60 percent in the period between February and May 2022.

• Increased Inflationary Pressures: Freight costs is a key factor affecting inflation rates and consumer prices. Hence, any rise in sea freight costs will aggravate the inflationary wave faced by different countries worldwide. A recent UNCTAD study indicated that the high costs of container freight in 2021 and 2022 would give rise to a further increase in the global consumer price index by 1.6 percent, with an 11.9 percent increase in world imports prices and 3.7 percent increase in prices of food commodities worldwide. This will increase the pressures on countries dependent on imports in their attempt to secure their basic needs of commodities, such as energy and food, particularly amid expectations of a decline in sea trade by 3.8 percent by the end of 2022.

• Threat to Global Food Security: The crisis of the freight industry sector and basic commodities supply chains pose a new obstacle to the goal of promoting food security. The Ukraine war disrupted the supply of important consumer and food commodities, particularly for countries dependent on imports from the Black Sea region. The freight sector crisis also poses a major challenge for fragile economies that will have to find alternative sources of food imports away from Russia and Ukraine. In effect the high global inflation, considerable freight costs, and potential export restrictions make this a costly move.

Overall, these crises add up to the core problems facing the global food security system, such as the issue of food protectionism policies adopted by many food-exporting countries around the world, the exacerbation of climate change, and the increasing difficulties facing importing countries due to the high cost of production inputs such as fertilizers.

The Ukraine war has given rise to new pressures on the global freight sector, including the decline in the number of available containers and their high prices, the employment crisis, and the increase in sea freight costs. These factors are likely to have wide-ranging negative effects on the world economy and food security. 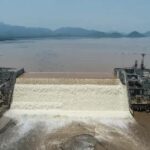 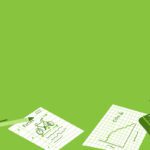 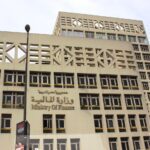 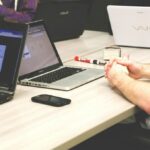