President Abdel-Fattah Al-Sisi’s statement at the Baghdad “Cooperation and Partnership” summit included many political messages that reflect the strength of the Egyptian-Iraqi relations at the current stage. The statement also expresses Cairo’s desire to boost its relationship with Baghdad and build on the recent growth in partnerships.

Egypt also aspires to support Iraq in restoring its Arab and regional status and role.

This development was established at the Iraqi-Egyptian-Jordanian tripartite summit last month, which initiated the norms and principles of the strategic partnership under the Egyptian vision of cooperation, on both the bilateral and multilateral levels.

One of the many messages conveyed by the Egyptian speech at the Baghdad summit was represented in the swift Egyptian response to the Iraqi desire to restore the respect for its state sovereignty, as well as Iraq’s efforts to end external intervention, for which it has paid a high price over the past two decades, in addition to strengthening Iraq’s comprehensive capabilities in the face of dangers and threats, particularly those of terrorism and, to which Iraq is one of the most vulnerable countries, as well as helping Iraq start towards building its future.

Therefore, Egypt considers that Iraq’s success in those endeavors will add value to the Arab National and Regional security, and that is a main pillar of the Egyptian foreign policy. Restoring the vitality of the Arab Iraqi relations is a reflection of the natural essence of these relations, and therefore makes it imperative that the relationship between the two-sided be restored in such a way that it transcends the nature of the process and the formal rapprochement to the level of strategic collaborations at all levels, without exception.

Egypt’s return to and restarting the vigor of its relations with Iraq after decades was not one-sided; rather, it was in the framework of Iraqi desire, which President Al-Sisi called “genuine desire”, as a reflection of the shared political will of the Egyptian and Iraqi sides; it was translated in a high-level Egyptian presence on the Iraqi scene in the previous phase, as reflected in the agreements and protocols adopted at the bilateral level or within the framework of the tripartite mechanism, which also reflects another realization of the transformation of visions and the translation of shared ideals into rapid operational procedures that do not only stop at the limits of political debate or merely the declaration of a desire for cooperation.

Egypt too has much to offer its brothers from a perspective of the success of the distinctive Egyptian experience over the last seven years.

There is also further relevance to Egypt’s vision of its role in comparison to that of other actor. Egypt does not aspire to lead other roles, but seeks an effective leadership role in a multilateral partnership, which reflects the Egyptian awareness of Iraq’s aspirations to build a strategic balance within the framework of its external Arab and regional non-Arab relations, through a reset of regional interactions in line with Iraq’s interests and considers, at the same time, the Arab depth of Iraq, historically rooted and civilly extended, which President Al-Sisi expressed in the introduction of his speech when he referred to Iraq as “Mesopotamia, and one of the fortresses of Arabism”, and also at the conclusion of his statement when he addressed the Iraqi people as the great people of civilization and history.

The content of President Al-Sisi’s speech and his direct messages also reflect the dimensions of Egypt’s comprehensive strategic vision towards Iraq, which can be discussed in the following themes:

In return, Iraq’s comeback to the Arab incubator does not mean recalling this controversy again, but instead directly means that Iraq’s decrease in sub-identities has led to the current results and that the restoration of Iraq’s stability and the restoration of its role cannot be achieved if it’s removed from its inherent depth and polarized on another ground.

2- Maintenance of regional security: It is also one of the Egyptian foreign policy projects that have been the focus on for years; Egypt has sought to decrease and undermine conflicts and crises in the region, which in reality only happen to Arab countries (Syria, Lebanon, Iraq, Yemen, Libya) due to external interventions, in particular non-Arab regional interventions, combined with the use of military equipment and direct field expansion, as well as using non-conventional tools that have increased the level of threats, in addition to the occupation of areas of these states, and the deployment of military bases there, therefore, Iraq’s role in the maintenance of regional security will add value in this regard. But on the other hand, the regional powers must take into account the same considerations, hence the president’s special message directed towards the regional powers, which included taking into account the traditions of good neighborliness, respect for Iraq’s sovereignty, and the choices of its people, non-aggression towards Iraq, and refraining from interfering in its affairs by military means and providing support for terrorist organizations or the use of land as a transit point for the transport of militias and mercenary groups, in particular, on the official level, Iraq has made moves in the last period to confirm this. Iraq has sought to resolve the tension between Iran and Saudi Arabia in the Yemen file, as well as Iraq’s desire to separate its interests on the Syrian arena and Iran’s agenda to employ Iraq as a transit ground to Syria, or as a clearing house for Iran-Iraq accounts.

In other words, the cooperation that Iraq needs to restore its natural position and to rebuild and reconstruct after long years of fighting and war, that have consumed its capabilities and its infrastructure; the mechanism included the signing of around 15 agreements in many fields, like energy, agriculture and the establishment of logistic areas on the joint borders, and this context is consistent with what the president has pointed out by providing expertise and the Egyptian model, and that is one of Egypt’s smooth powers now has Egypt has a model that can contribute in changing the post-conflict image into another reality of a better future, replacing destruction with development, re-employing the excess energy of the youth from engaging in the tools of chaos to the tools of reconstruction, and that is also one of the messages President Al-Sisi directed towards the Iraqi people in the conclusion of his speech.

4- Supporting the Iraqi trail to combat terrorism: Iraq has taken a long successful course in recent years, defeating organizations such as Al-Qaeda and ISIS, but still faces a challenge due to the remnants of these organizations, that are rejoining their networks in another area. President Al-Sisi also drew attention in his statement on the importance of cooperation and collaboration in order to build on Iraq’s achievement in this regard, Egypt, therefore, affirms its support to Iraq in that regard, especially since both countries are headed towards institutionalizing this cooperation, which was reflected in the content of President Al-Sisi’s speech at the Baghdad Summit, and before that in the visit of the Iraqi Minister of Defense Jumma Inad to Cairo on 7 August, and before that too in an unprecedented visit of President Al-Sisi to Iraq to launch the tripartite mechanism between Egypt, Iraq, and Jordan.

5- Supporting the Iraqi government’s efforts: in his speech, President Al-Sisi singled out the Prime Minister of Iraq for the political efforts and security and economic reforms undertaken by Prime Minister Mustafa Kadhemi in all areas. It can be said that the Kadhemi government has also made a qualitative shift in its exceptional phase, despite the challenges it has faced internally and externally. This poses both a chance and a challenge to Iraq and its distinct Arab depth, where the government’s efforts have been focused on rebuilding state power, institutions, economic reform, and combating corruption, as well as the qualitative shift in foreign policy.

6- Directing attention towards unconventional threats: These are the rising crises in the area, such as water and climate crises, and they are cross-border in character, as well as threats they pose, which have had an impact on numerous phenomena such as droughts, migration, and current environmental problems, consequently, being engulfed in internal and regional crises may create constraints on states in terms of priorities, causing them to overlook those non-traditional threats that over time, will become more than a threat. As a result, Iraq must return to stability to be effective in tackling these risks, in line with international trends that want to adopt a genuine development policy, contribute to humanity’s growth, and increase its capacity to deal with such challenges.

In the end, it can be stated that Egypt’s messages at the Baghdad Summit on cooperation and collaboration reflected the Egyptian strategic vision towards Iraq in support of its orientation to restore its position and status, which are worthy of Iraq’s civilization and history. It also reflected the credibility of the Egyptian trend in working on regional stability and security, particularly in the Arab circle, which is the primary national security circle. It also reflected promising opportunities for a new model of swift Egyptian powers in exporting its successful experience in development. 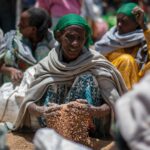 Belated Attention: International Response to the Humanitarian Crisis in Ethiopia
Next Article 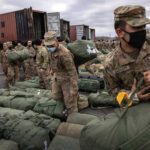 The New Reality in Afghanistan: The US in Search of a New Strategy 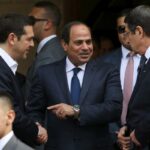 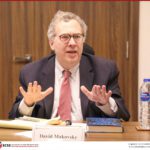 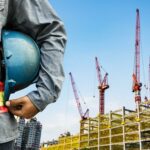